AP CID Additional DG Ch D Tirumala Rao, said that since 2014 around Rs 6,000 crore worth of properties have been attached, whose market value is around Rs 10,000 crore.

“Under Section 3 of the Andhra Pradesh Protection of Depositors of Financial Establishments Act, 1999, it is a relatively less cumbersome process than under the Criminal Law Amendment Act of 1944 and we have consistently followed up with the home department which gave the orders without delay,” he said. 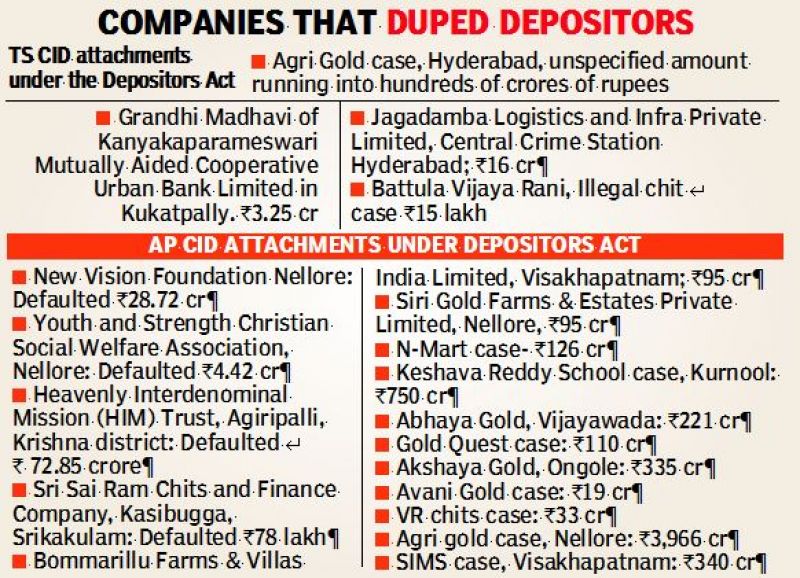