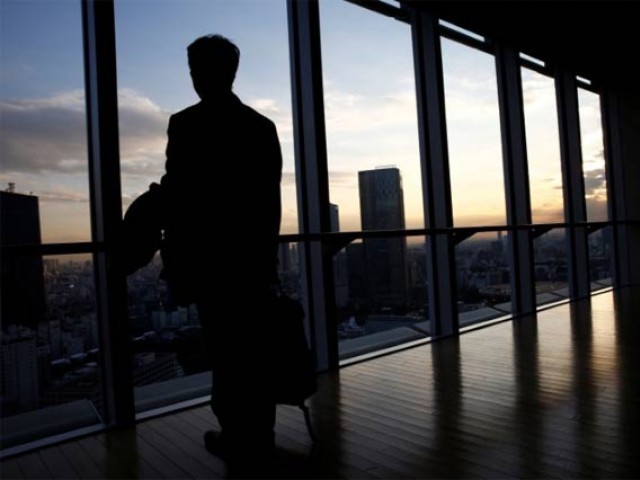 ISLAMABAD: How much development work in Pakistan suffers from corruption and of what value? Is there any state agency to evaluate it, but unfortunately nobody is there to make the assessment.

Every government prepares the Public Sector Development Programme (PSDP) in the annual budget to set the pace of country’s development and determine its cost, particularly the need for foreign exchange.

Project contracts are awarded to bidders after assessing the prices they quote for making supplies and implementing the schemes. In this process, certain government departments are supposed to examine the offers and award contracts.

However, in Pakistan, many companies win contracts regularly, even after being blacklisted by major government organisations.

For instance, in a bidding held on January 11, 2016 by the Geological Survey of Pakistan (GSP), a number of deviations were noted. However, when the issue was brought to the notice of GSP Director General Nazrul Islam, he refused to divulge what happened in the bidding process.

He simply stated that everything was done according to applicable rules and that he could prove it through relevant documents.

A contract for the supply of two coring rigs for mineral exploration in various areas of Pakistan was won by a bidder that was allegedly the favourite of top GSP bosses.

Coring rigs are used to determine the nature of minerals, their quantities and the position of underground deposits.

The total supply cost was estimated at Rs250 million with a time period of six months. The bidder, who got the contract, quoted three prices through three of his companies, which is against the law that prevents ‘collusive bidding’.

When asked, the GSP DG said “I am not FIA. I am not supposed to catch this aspect.” He claimed that a monitoring committee in the Ministry of Petroleum and Natural Resources had approved the award of contract.

The GSP purchased two rigs – one mounted on an 8×8 truck and the other on 6×6 truck. However, the tender had specified that both rigs should be on 8×8 trucks. This gave the supplier an additional benefit as prices paid were higher than those payable in case of two different kinds of rigs.

One basic bidding precondition was that the cost of rigs would be paid after their delivery. However, the cost was paid in June 2016, three months before delivery. In his defence, the GSP DG pointed to the bank guarantee deposited by the bidder.

According to the tender documents, “full payment would be released after successful installation, commissioning, testing and operator training.”

There are many such cases of government contracts where even graver deviations have been found.

The officials issuing tenders for development work and supplies as well as business houses take advantage of loopholes in the law and rules while also applying tricks that are either hard to catch or are simply overlooked by monitoring agencies.

Lately, many contractors and suppliers have opened offices in regional countries, especially in the UAE, from where they operate as suppliers of machinery, parts and accessories.

These goods are either produced in European Union countries or the United States where laws and regulations prohibit kickbacks and commissions abroad, implying that no foreign company supplying to a foreign government can overstate prices for creating space for kickbacks.

Regional offices of many Pakistani companies operate as suppliers that quote prices far higher than the actual rates on which goods are available. No agency in Pakistan monitors these prices and no case is in domestic courts about overstatement of prices of imported machinery, accessories and parts.

Besides, there is no check on the cost-insurance-freight (CIF) values of the goods supplied to government organisations. The bidders that are victim of fraudulent practices have nowhere to go to make complaints.

In numerous cases, the contract-awarding government organisations leak tender specifications in advance to the bidders of their choice. In many cases, when specifications or conditions for goods supply do not suit the bidders of choice, the entire bidding is cancelled and tenders are floated again.

NAB’s anti-corruption campaign has been successful

The Public Accounts Committee only randomly takes notice of such practices and that too only partially. They cannot check credentials of the companies winning contracts regularly from government organisations even after complaints of collusion and kickbacks.