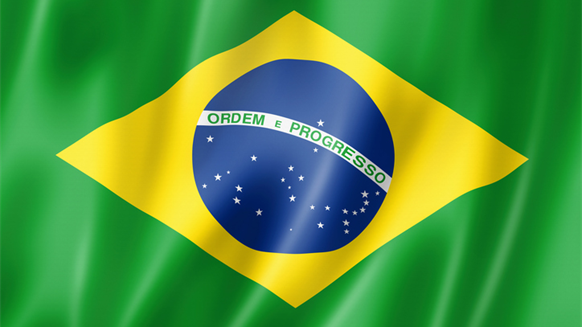 Brazil’s Congress votes to open up its pre-salt oil fields to foreign investors by scrapping Petrobras’ obligation to be the area’s sole operator.

(Bloomberg) — Brazil’s Congress voted on Wednesday night to open up its pre-salt oil fields to foreign investors by scrapping Petroleo Brasileiro SA’s obligation to be the area’s sole operator.

The legislation was approved by a 292-to-101 vote, following a bad-tempered debate during which opponents, many dressed in the orange jumpsuits of the state-controlled oil company, repeatedly attempted to delay proceedings. Various amendments to the legislation will be debated next week before President Michel Temer signs it into law.

In a significant change to Brazil’s offshore oil industry regulations, companies other than Petrobras can now operate blocks in the largest deep-water deposits discovered this century. Until now the heavily indebted state-controlled oil producer was legally obliged to operate all the pre-salt fields with a 30 percent minimum stake.

“The change will allow new investments,” Itau Unibanco Holding SA analysts Diego Mendes and Andre Hachem said in a research report. The modification has “been at the forefront of the sector’s demands from the government because it gives companies, both local and foreign, greater flexibility to participate in future pre-salt auctions as operators.”

Legislation to open up the area to foreign investors began under former President Dilma Rousseff, but many within her left-wing Workers’ Party were deeply hostile to the idea. Tuesday’s vote, backed by the Petrobras leadership, marks the most investor-friendly change in regulation since the 1997 oil law that ended the state company’s monopoly in Brazil.

“It’s a very important sign that the government is in control of this process to open up the industry,” said Milton Costa, the secretary-general for the Brazilian Petroleum Institute, or IBP, an oil industry lobbying group. “There’s no way Petrobras can handle the pre-salt requirements by itself.”

Petrobras will have the first pick of the fields in the area, according to the new regulation. Since he took over the running of the company on June 2, Petrobras CEO Pedro Parente has repeatedly warned that its obligation to participate in all investments would delay pre-salt exploration due to financial constraints. The old rule also limited the company’s freedom to participate only in fields of its choice, according to Parente.

The congressional vote eases nationalistic oil policies that have been in place since 2007, the year Brazil announced it had discovered the largest group of offshore deposits this century in a region where the oil is trapped under a layer of salt, miles below the seabed.

After the discovery, Brazil suspended all bidding rounds while Congress discussed new regulation designed specifically for the pre-salt region. The law passed in 2010 and in 2013 established the rules for oil auctions. But since then, Petrobras has cut investments by more than a half and lower oil prices have reduced the profitability of the highly costly deep-water fields.

No companies competed against a Petrobras-led consortium at the first and only auction of the deep-water blocks. Nevertheless, opposition to foreign ownership of Brazilian natural assets remains an article of faith for many on the left.

“We are handing over on a platter control of an area that we discovered and over which we have jurisdiction to multinationals,” said Jandira Feghali, from the opposition Communist Party of Brazil.

The new regulations will attract investment as operators tend to set the development strategy and rhythm, according to IBP representative, Mauro Andrade. They also choose the technology applied in the fields.

The country still needs to clarify the rules governing field boundaries, local content requirement and whether to extend a tax incentive regime beyond 2020 for the oil industry to generate competition for the next bidding round, he said. Brazil expects to offer new pre-salt acreage as early as 2017.

“Brazil has taken an important step, but if the country doesn’t address these three issues there will be still uncertainty ahead,” he said.

WHAT DO YOU THINK?

Generated by readers, the comments included herein do not reflect the views and opinions of Rigzone. All comments are subject to editorial review. Off-topic, inappropriate or insulting comments will be removed.