Photos of excessive drinking and sexual acts at an annual law camp have been displayed publicly on the Auckland University Law Students’ Society Facebook page for nearly four years.

A top law firm says one of its junior staffers “may have” slept with a university student at a boozy camp.

Chapman Tripp was a sponsor of the Auckland University Law Students’ Society (AULSS) law camps from 2010-2012.

Raunchy photos from the camps were pulled from the society’s Facebook page after Otago University’s annual law camp was cancelled over concerns about jelly wrestling and nude drinking games.

A woman who attended the camp alleged lawyers from Chapman Tripp came along as “reps”, and one had slept with a student.

Chapman Tripp board chairman Andrew Woods said the firm had become aware last week one of its junior lawyers “may have had personal relations” with someone on the 2012 law camp. 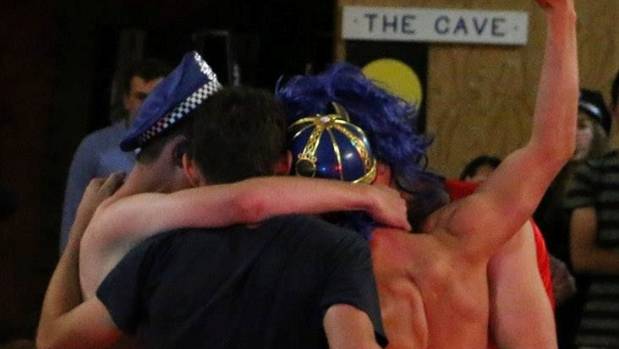 It’s alleged Chapman Tripp lawyers had sex with students at the annual Auckland University Law Students’ Society camp, which has already come under fire for excessive drinking and sex-based ‘skits’.

“We have investigated, although our obligations as an employer mean we can’t discuss details of the people involved or the matter,” he said.

“What I do want to make clear is that any such behaviour would not be appropriate and we would not condone it.”

The firm did not know of the matter in 2012, and it had never been raised by the university, the AULSS or anyone who attended the camp, Woods said. 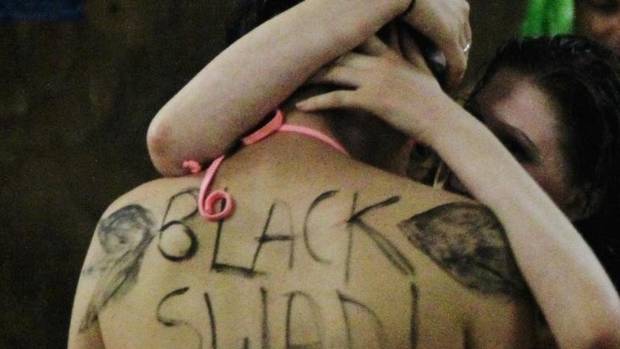 Photos of the camps were pulled from Facebook after allegations of sexual misconduct at the Otago University law students’ camp.

“If we are made aware of any past incident of inappropriate behaviour or new information that we didn’t know about at the time, we will look into the matter and take appropriate action.

“We encourage anyone with any concerns to raise them with us. Everyone at the firm is now very clear about our expected standards and the consequences of not maintaining the standards we set.”

Chapman Tripp spokeswoman Alexandra Yovich earlier said graduate recruitment was part of the firm’s “broader recruitment activities”, and it had programmes at all the country’s law schools.

It had provided “some financial support” to the camps over three years, she said.

“After the 2012 camp we discontinued our sponsorship because the nature of the camps were inappropriate and we now concentrate instead on our structured graduate recruitment programme and activities.”

The law camp is held every year on Motutapu Island for students who have successfully made it through their first year of study.

One former student also claimed a video was taken of a woman performing oral sex, which was then passed around the student body.

Damage from Cyclone Cook in 2017 meant this year’s students could no longer stay overnight at the island, and a number of “sober team bonding activities” took place instead, Stolwerk said.

That was followed in the evening by “a student party with a responsible level of drinking”.

Stolwerk said some activities at past camps “may have been more exuberant than some people are comfortable with”.

Law firms, camps and internships have been in the spotlight since February, when serious sexual misconduct allegations were levelled at the firm Russell McVeagh.

Do you know more? Email newstips@stuff.co.nz