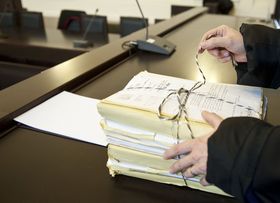 Forty-eight teams from the best law schools the world over competed in the
final of the FDI Moot contest in Boston this year honing their skills in
complicated international arbitration cases involving private firms and
state institutions. The FDI Moot contest, established in 2008, has an oral
and written part in which the teams present their strategy and arguments to
an international jury of law professors and experts.

In past years universities from the United States, Australia and Canada
dominated the competition but other law schools are now making their mark
as well. This year was a triumph for the four- member Czech team from
Prague’s Charles University which placed second after the National Law
School of India University, leaving behind rivals from Harvard and
Russia’s prestigious Lomonosov University, among others.

Law student Helena Švandová says that paradoxically the lack of time to
prepare and the need to improvise, worked in the team’s favour. “We
only started preparing in August, in addition to studying and working
part-time, so it was a bit hectic. Some of the other teams spend the whole
year preparing for this contest with no other duties to take up their time.
So in the end we had to improvise, which worked in our favour and really
boosted the team spirit. Some of the others appeared more like lone players
which worked against them in the end” she told the news site ihned.

Another member of the team Zuzana Strnadová says that in addition to the
great sense of accomplishment the experience itself is invaluable. “The
need to work under time pressure, against a deadline, work together and
improvise with some of the world’s best law students against you –those
are skills that no law school can teach you,” Strnadová told ihned.
Coach Michal Stanek, himself a former contestant in FDI Moot, says he is
extremely proud of his team.