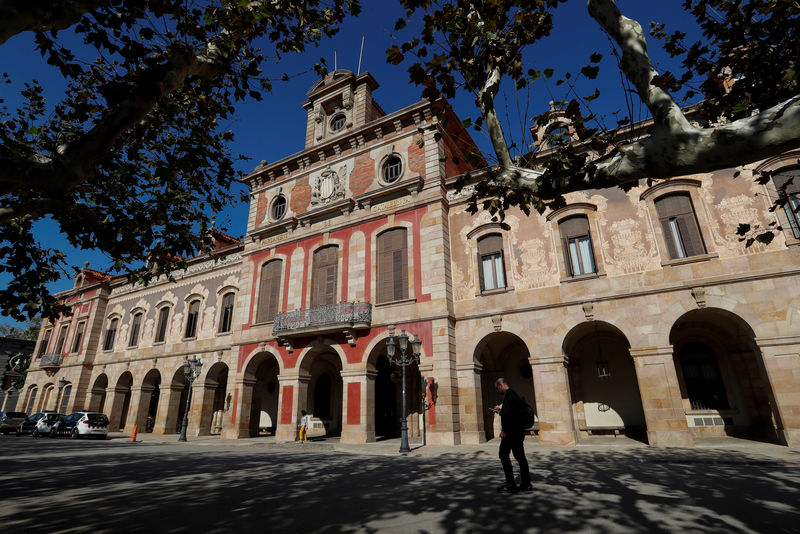 © Reuters. A man walks past Parliament of Catalonia building in Barcelona

MADRID (Reuters) – The Spanish government will approve a decree on Friday making it easier for companies to transfer their legal base out of Catalonia, two sources said, a move that could deal a serious blow to the region’s finances as it considers declaring independence.

The new decree is tailor-made for Spanish lender Caixabank (MC:), sources familiar with the matter said, as it would make it possible for the bank to change its legal and tax base without having to hold a shareholders’ meeting as stated in its statutes.

“The government is working on changing the law so that it’s no longer needed to have a shareholders’ meeting, which would delay a change of the legal base in a case of emergency,” one of the sources said.

Disclaimer: Fusion Media would like to remind you that the data contained in this website is not necessarily real-time nor accurate. All CFDs (stocks, indexes, futures) and Forex prices are not provided by exchanges but rather by market makers, and so prices may not be accurate and may differ from the actual market price, meaning prices are indicative and not appropriate for trading purposes. Therefore Fusion Media doesn`t bear any responsibility for any trading losses you might incur as a result of using this data.