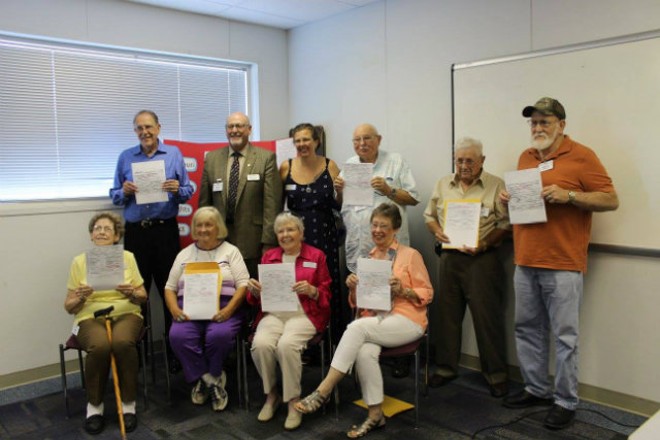 A state law that goes into effect this coming January could give adoptive adults across the state what they’ve been missing their whole lives: answers.

The Missouri Adoptee Rights Act will allow adoptees born in Missouri over the age of eighteen to request and access their original birth certificates, which contain the names and other information about their birth parents. Parents who wish to remain anonymous can fill out a contact preference form indicating so, but starting January 1, 2018, the burden is on the birth parent to act — failure to fill out the form is considered permission.

The law was sponsored by state Representative Don Phillips (R-Kimberling City), an adoptee himself, and was signed July 1, 2016.

Before this legislation, the only way for adoptees to access information about their birth parents was to look into adoption records, which are saved through adoption agencies and the courts where a specific adoption took place. That avenue also requires adoptees to pay a separate entity to find both birth parents and obtain their written permission to access the information.

Patti Naumann, leader of the Adoption Triad Connection of St. Louis, says that was just too many hoops for adoptees to jump through.

“There is a process involved, but it doesn’t work,” Naumann says. “You can’t find the birth parents, people change their names, it costs the adoptee too much money, the adoptee may not have those funds [and] if you only get permission from one parent but not the other, then that information is not released. There are a lot of things prohibiting them from getting that information.”

Though people can still pursue their adoption records, the act will provide another avenue to explore, via the information listed on birth certificates. And instead of the adoptees having to do all the work, the burden shifts to birth parents, should they choose to block the inquiry.

However, Naumann doesn’t expect many birth parents to block the release, based on data from similar legislation in other states. Since the legislation was implemented in Oregon eighteen years ago, she says, only 86 birth parents have requested not to be contacted, compared to more than 11,000 original birth certificate requests.

“Years ago when birth mothers gave up these babies for adoption, there was a lot of shame associated with it. Birth parents were chastised and stigmatized,” Naumann says. “Many of them were told to forget about it, and they couldn’t even grieve. It was like they were giving away an old appliance or something, but that’s just not the case.”

According to Naumann, the horizon of reuniting with their birth children has started a “healing process” for birth parents. One birth mother Naumann recently spoke to, who chose to give up her child for adoption 45 years ago, asked Naumann about the new law.

“I thought she might have been concerned about being found, but it was just the opposite… She said, ‘I think I’m ready now,’” Naumann says. “I think the notion that birth parents want to remain anonymous and in hiding — I think that perception is changing over time.”

However, not everyone agrees. Some religious groups, like the Missouri Catholic Conference, opposed the legislation.

Tyler McClay, general counsel of the institution, says that the new law threatens the privacy of birth parents who were promised anonymity. Specifically, McClay speaks of women who had children out of wedlock in the 1960s and ’70s when it was “taboo.”

“These women were from small towns, their dads were pastors and they got pregnant. Some of these people may have never told their future spouses,” McClay says. “Those are the people that we were trying to advocate for. They don’t want to come out of the shadows and talk about this.”

Though the law allows people to remain anonymous, assuming they fill out the proper paperwork, not everyone may hear about it and take action in time. That’s why opponents insisted on ample time before the law goes into effect to inform birth parents about the paperwork, which has been available since last year.

“I’ve contacted the Missouri Bar, the lawyers who represent family law and small firms who handle adoptions,” McClay says. “We’re trying to get the word out on the radio and to newspapers, just so people know.”

Of course some parents who’ve moved out of state or are unreachable may not hear about the legislation, and could inadvertently waive their rights. Still, McClay calls the act an “imperfect compromise.”

“At the end of the day we figured at least if we can get a delay, we can get the word out,” McClay says. “But we get it — people have a right to know who they are.”

And some adoptees are already getting that right. In 1941 Missouri effectively closed adoptions, but prior to that year no binding documents promised anonymity. For this reason, the act allowed any adoptees born before 1941 to request an original birth certificate starting on August 28, 2016.

Last August eight adult adoptees went down to Jefferson City to request their birth certificates. It was a life-changing day, Naumann says.

“Some of them already knew their identities but getting that piece of paper is validation to them,” Naumann says. “It’s extremely emotional and kind of euphoric to them in a way.”

Many more adoptees will likely experience similar feelings this January. Because of the mixed feelings that can come with reuniting with a family member, Naumann’s group the Adoption Triad Connection of St. Louis also provides support.

In the past, Naumann had tried to track down her own mother’s birth parents, so she can relate to what adoptees may be going through.

“I’m not a professional in the medical field at all, but I am experienced in understanding what it’s like to find a biological family,” Naumann says. “We want to be there not just to to help pass this law and allow you to get your original birth certificate, but we want to be there after you’ve received the certificate to support you in the journey and the direction you want to go.”

The support group will partner with G’s Adoption Registry, a non-profit aimed at reconnecting family members, to provide answers for all affected by the law this weekend. This Saturday, August 26 from 1 to 4 p.m., the groups will host a Q&A at the St. Louis County Library Headquarters (1640 S. Lindbergh Boulevard) in the East Room.