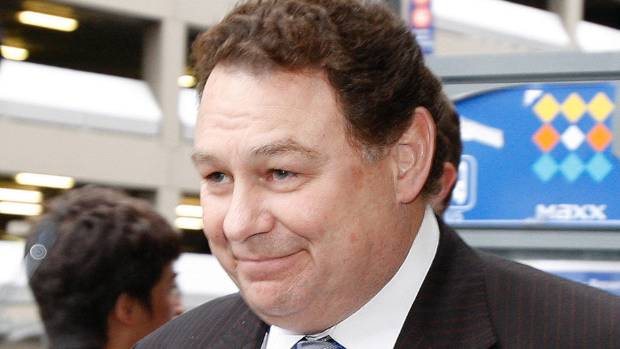 Blue Chip boss Mark Bryers was banned in 2015 from managing a company in New Zealand for seven years.

A man who claims he lost nearly $750,000 in the collapse of a group linked to former Blue Chip boss Mark Bryers is astounded regulators are not taking any action.

But he says there is always hope someone will be held responsible as he works to find his way out of the expensive hole he is in.

“We’ve all got problems,” he said.

“I’m just gutted, you know, we have these laws but nobody is prepared to prosecute under them.”

The man, who asked not to be named, was a Queensland accountant who sold his business to the Talos Accounting Group in Australia. 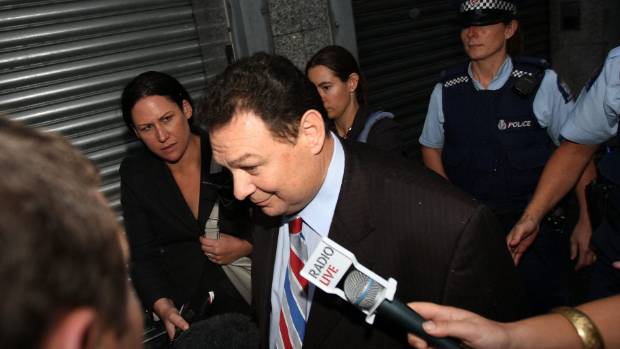 Talos surfaced in New Zealand in early 2015 when the Official Assignee here objected to Bryers being discharged from his 2009 bankruptcy for personal debts of $230 million.

The key issue during the hearing in the Auckland High Court was whether Bryers had flouted a ban on being a company manager or director in Australia after he was adjudicated bankrupt.

Bryers claimed during the hearing he worked as a consultant for Talos using the alias Mark Ryan, but the Official Assignee argued he had worked in a managerial role, which breached Australian insolvency law.

Associate Judge Jeremy Doogue ultimately banned Bryers from carrying out business in New Zealand for seven years as a condition of lifting his bankruptcy, despite the Official Assignee raising the possibility of an indefinite ban.

The judge found Bryers had little insight into the harm he had done and was more concerned with blaming the losses caused by his bankruptcy on other people’s’ decisions.

He also found Bryers was not just a consultant and had been actively involved in the management of Talos.

“The purpose of Mr Bryers adopting the alias was to deceive people dealing with him in his role at Talos as to what his antecedents were.

“It may well have been material to decisions made by people intending to go into business with Talos to know that ‘Mark Ryan’ was in fact Mark Bryers.”

A few months after the ban was imposed, the Sydney-based Talos went into liquidation.

Early estimates suggested the group, made up of mostly 17 accounting businesses, owed about A$6.8m (NZ$7.3m).

A couple of months later, in October 2015, the Australian Securities and Investment Commission (ASIC), that country’s corporate regulator, said it did not believe it needed to take any further steps over “alleged misconduct” relating to Bryers and Talos.

Australian senator John Williams questioned ASIC about Talos before the senate economics legislation committee in Australia, and ASIC senior executive leader Warren Day responded they were “aware of allegations” about Talos and Bryers and were looking into them.

“I get suspicious when someone comes to Australia, leaves a train wreck in New Zealand, changes their name, then goes and buys up companies and then it falls over,” Williams said.

In June this year, Williams questioned Day again during a Parliamentary Joint Committee about whether ASIC had taken any further action.

Day responded there had been matters which they were concerned about but in conjunction with the Director of Public Prosecutions, would not take it further.

“We do not have any other steps we want to take.”

An ASIC spokesperson confirmed it was not pursuing any action against Bryers or related companies.

“We have assessed information provided to us about Mr Bryers and associated companies but on the basis of the evidence provided, decided to take no further action.

This decision, however, has left the Queensland accountant who sold his business to Talos “astounded”.

The man said he sold 80 per cent of his accounting practice to Talos in 2013 under the “misguided belief” he would be joining a bigger firm.

Since early 2015 he had been doing everything he could to get the authorities involved, which included providing ASIC with an affidavit.

“It’s all there in black and white for them, but it’s very disappointing that the organisation that is set up to prevent and/or prosecute this sort of thing is seemingly not taking any action.”

The Bryers back story

Blue Chip was founded by Mark Bryers and listed on the New Zealand sharemarket in the mid-2000s offering clients tax-efficient investment in properties.

But by 2008, more than 20 Blue Chip-related companies crashed owing thousands of investors more than $84 million.

The Serious Fraud Office investigated the collapse but did not lay any criminal charges.

In 2010, Bryers was fined $37,500 and sentenced to 75 hours of community service after pleading guilty to book-keeping charges relating to Blue Chip’s collapse.

During his attempt to discharge his bankruptcy in 2015, the court heard he had lived in Australia for the past eight years and had no intention of returning to New Zealand.