From law partner to nonprofit: Election spurs one woman to fight for kids’ health care

Lawyer Kinika Young left her job as a partner in Bass Berry & Sim’s health care practice to work for the Tennessee Justice Center following the 2016 presidential election so she can work to protect health insurance for the state’s neediest children.
Josie Norris 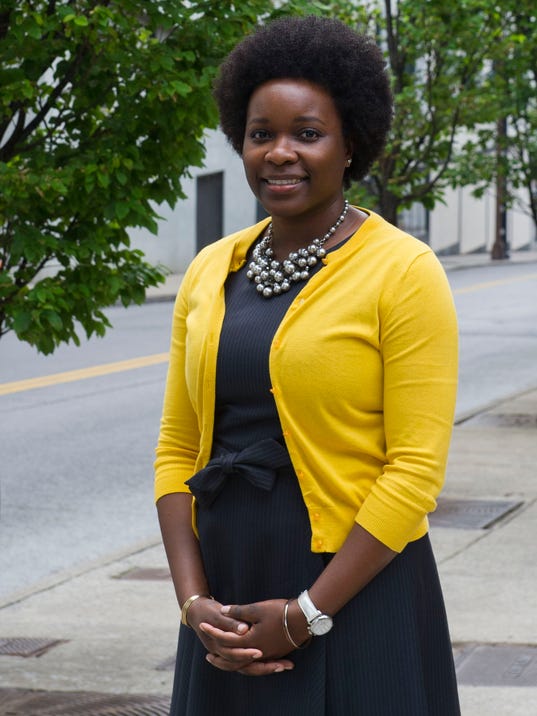 Kinika Young left the health care practice group at Bass Berry & Sims two years after making partner because she felt compelled to protect civil rights and health care in the wake of the election.(Photo: Josie Norris / The Tennessean)Buy Photo

Kinika Young traded her private office in one of Nashville’s swankiest buildings for a job that’s going to help the state’s neediest kids but be rife with heartache and political setbacks.

Young made partner at Bass Berry & Sims after a decade of working with a colleague to build a health care practice representing hospitals in payment disputes with insurers.

Now she’s tasked with building a grass-roots awareness campaign on a shoestring budget about how the futures of children — particularly the poorest — are brighter and healthier when they get access to medical care.

The 36-year-old is the director of children’s health at Tennessee Justice Center. It’s a new spot being filled by Young, who is freshly recommitted to using legal training to protect what she sees as an endangered system for the state’s neediest children.

She wasn’t looking to leave Bass Berry. In fact, she rebuffed recruiters time and again.

As 2016 unfolded, she watched the Black Lives Matter movement organize in response to the killing of black Americans by law enforcement — deaths that alarmed her.

She thought about who directly benefited from her law practice, and if being a partner at a corporate law firm reflected why she became a lawyer.

“After the election I decided it wasn’t enough to just volunteer on pro bono cases here and there,” Young said. “It cemented in my mind this is what I need to be doing.”

Getting to Nashville from Montgomery via Tulane

Young didn’t know a lawyer growing up in Montgomery, Ala.; she saw them only on TV. From an early age, teachers encouraged her to think about law because she loved to read and debate.

The realities of the job are far from the glamour and expediency of cases on shows such as “The Good Wife,” one of her favorites. Real-life attorneys spend lots of time quietly by themselves, reading, researching, strategizing and writing.

Bass Berry brought her to Nashville to clerk and helped her navigate the final year of law school at Tulane University Law School that was upended by Hurricane Katrina.

She did a semester at Vanderbilt University’s Law School and even lived with Jennifer Philips, then the director of business development and marketing of Bass Berry, who was newly single and an empty nester.

It was then her roots got planted in Nashville, and she’s remained close with Philips.

“I actually hadn’t been to Nashville before I came to interview for that clerkship. I had no connection to Nashville at all,” Young said. “I like to jokingly say I saw it coming, I predicted how hot Nashville would be.”

The firm hired her straight out of law school.

She was a mentor to younger attorneys — corporate law firms still struggle to make sure they have a diverse staff. She was instrumental in building a practice from the ground up. People lament the void around the office by the loss of her “clever, wry observations,” Rolapp said.

“We felt fortunate to have her the whole time. It’s not common to stay for 10 years,” Rolapp said.

The new gig will put Young in the harsh light that shines on people who take on politically contentious causes.

The TJC works with people who fight to keep hardship at bay, knowing one misstep — or health surprise — could thrust them into choosing between food and electricity or medications.

Young is unnerved by federal proposals to cut more than $1 trillion from Medicaid — the program in its sixth decade that she says is vital for the poorest children in the South, the region she innately loves.

“If she was ever going to leave, it was for something like that,” Rolapp said. “When you talked to her about those kind of issues you could tell she was sincerely passionate. If someone had asked me to predict (why) she would ever leave, this would be what I would have predicted.”

Tapping into public anger, and being ready to handle it

The TJC is embedded on the front lines of the fight for care. The co-founders are accustomed to loud opposition.

But since Nov. 9 the level of contempt has cranked up alongside a moderate increase in donations.

One man recently made a pastime out of calling her voicemail to threaten to punch Michele Johnson, executive director and co-founder of TJC, in the face. Her voicemail foe, who always left his name and number, finally stopped calling, but his persistence was a new level of anger from someone Johnson had never met. 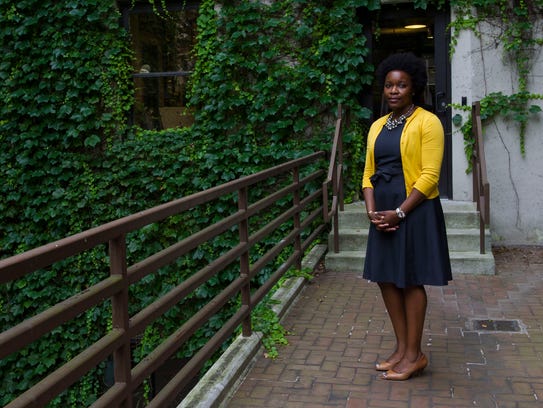 Young will be at the heart of the center’s initiative to raise awareness about the lifelong and communitywide benefits that come when children have the chance to be healthy.

Frederick Douglass said, “It’s easier to build strong children than to repair broken men.” Whatever form Young’s success takes, it’s unlikely that children are going to know she took a steep pay cut and upended her life to work for them.

She falls in the camp that thinks health care is a right, not a privilege, and she was compelled to protect a system she believes will improve the lives of future adults — thereby improving her community, her state and her country.

As haters emerge — it’s a matter of when in this new line of work, not if — Keith Simmons is confident Young will be undeterred.

“I don’t have much doubt. Kinika is a strong person. I can’t foresee that there’s any kind of criticism or blowback that’s going to come her way that’s going to get her down. She’ll handle it,” said Simmons, a retired managing partner of Bass Berry who has known Young since her days as a clerk.

In February she asked to lunch with Johnson, who was excited that Young might want to join a committee.

Instead Young said she wanted to work for the TJC if they had a position.

Johnson immediately thought, “Is this a miracle?”

The TJC wouldn’t be able to pay the money a partner at a corporate law firm makes.

But Young was serious, and the TJC was close to getting a three-year $200,000 grant from the David & Lucile Packard Foundation to fund a new program to protect and bolster government health programs that insure children. So Young become one piece of that new program.

“The work is unbelievably heartbreaking almost every day,” Johnson said. “We tell people when we interview them it will be so emotionally exhausting, absolutely intellectually exhausting, but at the end of the day you will know you made a difference. After 92 steps back you think, ‘I know we’ll have a step forward soon.’ “

Young is guardedly excited about the rest of 2017.

Her younger brother was shot and killed in the days before she started her new job.

Having Young on the team is a win Johnson scarcely dreamed would ever happen.

“It’s a huge morale booster for all of us. If someone like her could join this fight then we can win,” Johnson said.

Moving forward as she traverses the state, Young wants to be the example she never saw as a child: a real-life attorney who can help make people’s lives better.

Reach Holly Fletcher at hfletcher@tennessean.com or 615-259-8287 and on Twitter @hollyfletcher.

Favorite destination: Cuba and any place with a beach