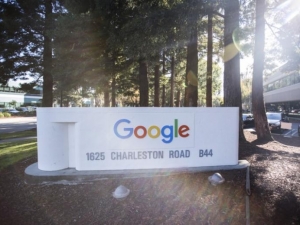 The EU hit Google with a EUR2.4 billion penalty for unfairly favouring its shopping service.

Google has ramped up its legal firepower as it prepares to do battle with EU anti-trust regulators after a landmark €2.4 billion ($2.7 billion) fine and the possibility of a second record sanction before the end of the year.

Alphabet unit Google, the world’s most popular Internet search engine, is drawing on the expertise of at least five top law firms in Brussels to help it deal with its EU regulatory troubles, people familiar with the matter said.

The EU competition authority hit the company with a €2.4 billion penalty last month for unfairly favouring its shopping service.

Anti-trust regulators are also weighing a record fine against Google over its Android mobile operating system and a third case involves its AdSense for Search platform.

The Luxembourg-based General Court, Europe’s second highest, will be the first battleground for Google if, as expected, it challenges the European Commission’s June decision and potentially disruptive changes to its business practices.

Cleary Gottlieb, Allen & Overy, Slaughter and May, Garrigues and White & Case have all been tapped by Google.

Google did not immediately respond to an e-mail for comment.

The company’s decision to rely on a diverse range of lawyers makes sense because of the risks it faces, said Ian Giles, a partner at London-based law firm Norton Rose Fulbright.

“Given the potential penalties and damages actions it faces, Google will want to invest in the best possible defence team, and direct legal costs will be a relatively minor consideration,” he said.

“There may be simple capacity reasons as to why they are sharing the workload between a number of law firms, but there is also value to seeking a second opinion, reconsidering strategy, and bringing new ideas to the table,” Giles said.

“There has been no similar case in European law in the past. It is a very challenging case and difficult to prove one or the other,” he said, referring to issues such as market dominance and definition of the relevant market, among others.

Google may also be preparing for expensive litigation ahead from rivals that do not need to establish its liability following the commission’s ruling on Google shopping.

“The [commission’s mention of a] 45-fold increase in traffic to Google shopping and the 85% drop in traffic to some competitor sites suggest there is significant potential for such actions, as does the size of the penalty,” Collyer Bristow lawyer Stephen Critchley wrote in a recent note.

“We need some decisions on what is good and what is bad. All these will provide more clarity on how this market works,” he said.

Cleary Gottlieb is advising on the Google shopping case, Allen & Overy together with Cleary on the Android smartphone case, and Slaughter and May on the AdSense case, the sources said.

Forwood took part in the Luxembourg court’s 2007 and 2012 rulings on Microsoft, which did battle with the EU in several investigations that ultimately cost it more than €2.2 billion in penalties.