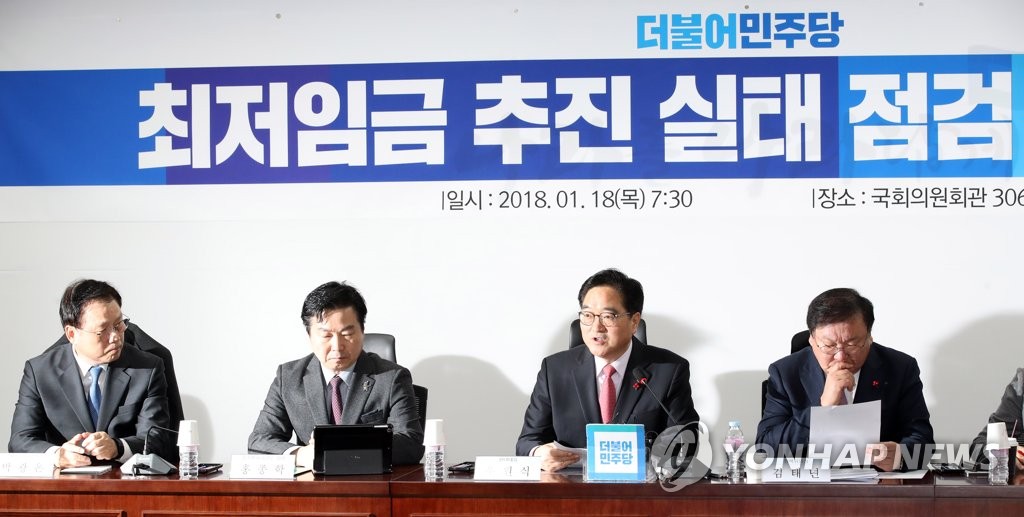 The government and the ruling party have released a set of measures to help small shop owners and small businesses facing difficulties with rising rental fees and the minimum wage hike.

The ruling camp on Thursday produced the support measures during a meeting at the National Assembly.

The Democratic Party’s chief policymaker Kim Tae-nyeon said in a news briefing that the two sides decided to revise the law this month to sharply lower a ceiling on rental fee hikes.

The measures also include a cut in credit card processing fees charged for small amount purchases on small shops, such as convenience stores, bakeries and supermarkets by improving related regulations.

Last July, the government decided to raise the minimum wage by 16 percent to seven-thousand-530 won for 2018, marking the biggest jump in nearly two decades.