The bids for Bhushan Steel are also due this Saturday, and according to a bidder, the process is so legally cumbersome that even this will see a delay.

The bids for Binani Cement, which is not on the Reserve Bank of India’s list of first set of 12 companies, is due on December 21, according to the banking source.

The first list of 12 companies made it to the Reserve Bank of India’s top bad loans accounts identified in June this year (see chart) and were sent to the National Company Law Tribunal (NCLT) for resolution under the IBC.

The delay, sources said, was on account of finalising the evaluation criteria with few promoters planning to make their bids by tying up with private equity firms.

Legal sources said apart from lack of clarity on income-tax liabilities, how Competition Commission of India rules would apply to these companies was a major concern among the bidders.

“There is some confusion over bidding criteria and delisting of listed entities too,” said a banker.

A source said the committee of creditors for BPSL had approved extension to 270 days and a plea for extension would be filed with the NCLT shortly. The bids for BPSL were due on Friday. The bids for Essar Steel were also expected in the next quarter and the lenders were likely to miss the December 29 deadline, said a source.

When contacted, Mahender Kumar Khandelwal, insolvency professional for BPSL, and leader and partner of business restructuring at BDO India LLP, declined to comment.

Essar Steel, too, refused to say anything, and so did Sumit Binani, resolution professional for Monnet Ispat & Energy, supported by Grant Thornton. 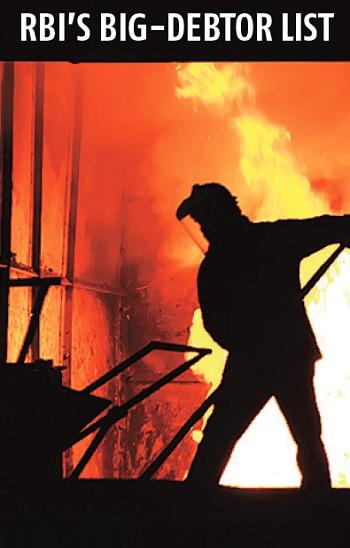 According to the IBC rules, a resolution plan for a company would have to be finalised within 180 days but under special circumstances it could get an extension of another 90 days. Banks are expected to take a haircut of as high as 60 per cent on these accounts with a new bidder taking over part of the existing loans.

The equity value, according to bidders, should be zero and the company concerned should be allowed to delist for a smoother turnaround. The government and the Securities and Exchange Board of India are expected to clarify these issues in the coming days.

BPSL would complete 270 days on April 22. Accordingly, the date for accepting resolution plans has also been revised to January 10.

Monnet Ispat & Energy, which has just crossed the deadline for accepting resolution plans, is also likely to seek an extension of 270 days. It has received just one bid, from the JSW Steel-AION Capital combine, but sources indicated that the committee of creditors would now enter into negotiations with the bidder. Monnet Ispat & Energy would complete 180 days on January 13 and also, since the year-end would be a vacation time for many, it would be difficult to conclude the process within 180 days.
Electrosteel Steels is also likely to extend the deadline. It has revised the deadline for accepting resolution plans from December 11 to December 26. The company will complete 180 days on January 16. Sources indicated that it was unlikely that the committee of creditors would finalise a resolution plan in such a short time.

Around 400 cases have been referred to the NCLT this year. A majority of these have been filed by operational creditors, and around 150 cases by lenders. The remaining cases are filed by corporate debtors. A resolution of these accounts is expected to be a major trigger for corporate lenders but as of now only two accounts have been taken up for resolution at hefty haircuts. Around seven have been directed to undergo liquidation, and another 14 are witnessing further appeals.