Skip to main content
Law firm Drinker Biddle has set up an information governance and eDiscovery analytics practice, and it’s helped clients speed up litigation and regulatory compliance investigations. The firm’s chief data scientist shares details about the practice in this interview

Digital business isn’t just for car services, food delivery, entertainment, and hotel alternatives. The power of computing unleashed on big data is now starting to be leveraged by other types of organizations, too.

Consider the applications in the legal profession. Giant law firm Drinker Biddle, with 600 attorneys at 11 offices serving clients including General Electric Co., CIGNA,  and Pfizer Inc., for example, is now applying analytics to its practice. This lets the firm offer its clients an advantage in both regulatory compliance and gaining an edge over adversaries inside and outside of the courtroom.

Drinker Biddle named attorney and data scientist Bennett Borden to the new role of Chief Data Scientist at the firm in May 2015, two years after he took over the firm’s data practice in 2013. Borden recently spoke with InformationWeek in an interview about how the data analytics practice functions at Drinker Biddle and gives his firm an edge, what the future holds for analytics, and some ethical issues raised by algorithms that loom on the horizon for society as a whole.

Borden is an early architect of data analytics for law firms, heading up information governance and eDiscovery at Drinker Biddle and other firms earlier in his career.  These areas are a natural fit for law, he said. 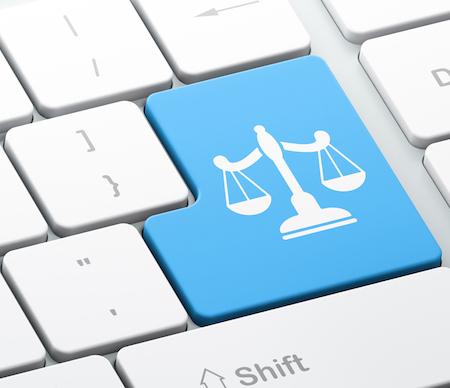 “If you think about litigation, investigations, mergers and acquisitions’ due diligence — all of those things come down to figuring out the facts — and those facts now largely exist in electronic information,” Borden told InformationWeek.

Path To A Data Career

Borden began his career in technology at the US Central Intelligence Agency (CIA), and then attended law school and brought his expertise in technology and intelligence to his career as an attorney. More recently, he earned a master of science in business analytics from New York University’s Leonard N. Stern School of Business.

“As machine learning and predictive analytics were being applied more in the commercial space, I saw that there were many applications in the legal and corporate space for them,” he said, explaining why he pursued another degree. “It had become such an important issue for clients, I felt like I wanted to go back and get trained on the most current developments in that area.”

Drinker Biddle now has three components to its analytics practice.

Second, Drinker Biddle offers a predictive compliance service that looks largely at unstructured data such as email and chats.

Third, the firm has an area in its analytics practice that performs more traditional structured data analytics. This part of the practice is used mostly for class actions that include large volumes of structured data such as telephone call records, millions of payroll clock-in and clock-out records, or millions of 401K transactions in a database, for example.

Together, these create a comprehensive analytics practice that enables Drinker Biddle to offer its clients a number of advantages.

Speeding Up The Process

For instance, just five years ago it would take six months for the firm to analyze one million documents. Today it takes about a week to do that because the firm is leveraging analytics technologies.

“We can analyze millions of documents of data to get good answers that fend off regulatory investigations or shut down a litigation before it really even starts,” Borden said. “Analytics has changed the face of litigation for our clients.”

That’s because analytics enables Drinker Biddle to get to the truth faster, Borden said.

“Most litigation is resolved before trial because once you go through discovery, the parties understand what their positions are, and if they did it, they settle,” he said. By getting to that truth faster, Drinker Biddle’s analytics has enabled the firm to move the process forward faster. Borden estimates that clients that use the eDiscovery service have cut their case spend by 60% to 70%. And Borden says those clients have cut their entire annual litigation spend by 50% to 60%. “They are just out of cases faster,” he said.

Those same factors come into play in cases of regulatory compliance investigations, Borden said. Applying computing and speed to data analytics has made a huge difference for clients.

“It used to be that proving a negative was very difficult with a regulator,” Borden said. “But now, you can’t do anything of note in a corporation without leaving some sort of digital trail.”

Analytics has changed the game in terms of providing that kind of proof — the absence of something specific — to regulators.

“If a regulator comes and says we think something happened, we can ask them what the evidence would look like. Then I can prove that it’s not there within days or a week,” Borden said.

To make all this happen, Drinker Biddle leverages kCura’s Relativity technology for eDiscovery tasks — getting through documents faster and more accurately. Borden said the team started with that software and the predictive algorithms built into the technology. In addition, Drinker Biddle’s data team has also designed its own algorithms using common data tools such as Python and R.

The firm operates its own data center subsidiary called Tritura, and runs its analytics both at that company’s on-premises data centers and in the cloud.

The creation of the data governance and eDiscovery practice has led Drinker Biddle’s clients to contemplate some of the larger ethical questions that loom over the fair use of analytics in the future.

But the approach uses past data to determine future success. If successful chemistry students were boys from wealthy families, for example, the algorithm may end up with that cultural bias because of the data it used to create the prediction.

“These models are only as good as the data that comes into them,” Borden said. “Most of the data that we generate is either from smartphones, or transactional data from credit cards and purchasing, or our online behavior. But there are lots of people that don’t generate that data as much as other people do, and so the models that we are building are really just about some of the people.”

That is also what happened with polling data in the recent US presidential election. Polls missed some constituents, and other constituents may not have truthfully characterized their voting plans. Models tried to correct for these discrepancies, but most still incorrectly predicted that Donald J. Trump would lose his bid to be elected US president and Hillary Clinton would win.

“When you are gathering data to build your models on, you have to make sure that the data is accurate,” Borden said. Otherwise, “you can capture information that’s not accurately reflective of what is going on.”

Borden said companies are looking to use these types of analytics to predict when an employee might be about to commit financial fraud, too. The elements most predictive for an individual engaging in financial fraud are things like financial distress, drug or alcohol problems, some kind of personal relationship crisis such as a divorce, or expressions of not being appreciated at work. And then they are usually triggered by some kind of “loyalty severancing event, such as being passed over for a job or feeling like their company is doing something wrong. One of the best predictors of someone doing some kind of misconduct is that their boss is a jerk.”

This can be found in the data now, Borden said. Your boss knows if you have a drinking problem or if you are going through a divorce. But not everyone who is going through these life crises is going to do something wrong. So the question employers have to ask themselves is this: Do I want to monitor my employees and look for these problems? Is it fair to them? Is it right?

“Monitoring of employees is something that is going to happen, and it raises interesting ethical questions about what is the right thing to do, even if we have the technical capability,” he said.

Jessica Davis has spent a career covering the intersection of business and technology at titles including IDG’s Infoworld, Ziff Davis Enterprise’s eWeek and Channel Insider, and Penton Technology’s MSPmentor. She’s passionate about the practical use of business intelligence, … View Full Bio