Possible ethical concerns with advertising legal services to people in hospitals — who may be injured, and potentially vulnerable — have recently been flagged by the Law Society of Upper Canada.

“I’ve had clients in the hospital, I go to see them, and they’ve got a stack of business cards from lawyers who’ve some how been able to penetrate the hospital and hand them out,” said Brenda Hollingsworth from Ottawa law firm, Auger Hollingsworth. 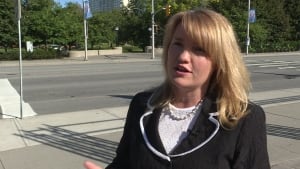 Despite hospital policies that don’t allow ads for legal services, lawyers are still ‘penetrate the hospital[s],’ according to personal injury lawyer Brenda Hollingsworth.

She said she has no proof, but she’s heard from clients, “someone pops in [their hospital room] and says, ‘Oh, I have a client next door, I just thought I’d see if you need me.’ Different stories like that.”

Concerns about possible “tasteless or offensive advertisements” in hospitals were raised in an interim report released by the law society in June.

It said nowadays, “lawyers and paralegals market directly to consumers” including on “benches in front of hospitals, and in hospitals.”

That same report also raised questions about the increasing amount of advertising in Ontario from personal injury lawyers, and referral fees some of them may be collecting — a practice that’s at the centre of a private members’ bill from former Ontario Progressive Conservative leader Tim Hudak.

“There is a rule, or a principle, that says you shouldn’t be advertising, or trying to meet with future clients, when these people are in a vulnerable position. And that’s the case with people who are in hospital,” said Charles-Maxime Panaccio, a law professor at the University of Ottawa. 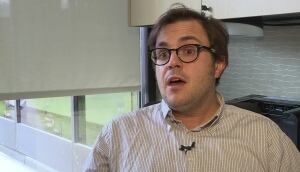 There’s been an increase in advertising from personal injury lawyers in Ottawa in the last few years, said Charles-Maxime Panaccio from the University of Ottawa.

He said he hasn’t heard of lawyers in Ottawa sneaking into hospitals, but he has noticed an increase in advertising from personal injury lawyers across the city in the last five years.

Both the Ottawa Hospital and the Queensway-Carleton Hospital said they have turned down requests from personal injury firms to advertise inside the hospitals, and they claim they have not received complaints from patients about lawyers trying to quietly solicit services.

The Montfort Hospital said its policy “does not allow any type of commercial advertising,” and it has also not received patient complaints.

But Brenda Hollingsworth said, “lawyers are in the hospitals anyway,” and she hopes they may one day consider allowing some hospital-approved advertising, rather than the current “surreptitious solicitation of clients.”

In October, the Law Society of Upper Canada is expected to decide what, if anything, needs to be done about Ontario lawyers’ advertising practices, including possible amendments to rules of professional conduct.