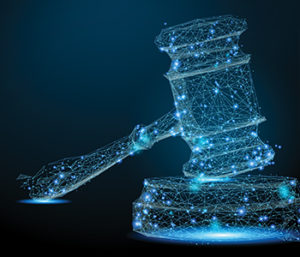 Lawyers have always served as society’s designated worriers, but Nevada’s legal practitioners seem to be wringing their hands a little more than usual these days for several reasons. While the resurgent state economy is creating lots of opportunities, a strong economy also creates its own set of challenges.

Lawyers worry about the arrival of big competitors from out of state. They worry that too many newly minted attorneys can’t find the high-paying jobs they need to pay off student loans. They worry about their ability to recruit top legal talent and the skilled administrators who keep law firms humming. They worry whether they’ll be able to raise hourly rates enough to cover rising costs of business. They worry that the dedicated professionalism that drew them to law may be bending under economic pressures.

Rise and Fall of Firms

For decades, the legal business in Nevada has followed a rinse-and-repeat cycle. When the economy is good, large firms, either regional or national, open new offices or acquire existing practices in Las Vegas or Reno. Some attorneys seek out the opportunity to work with the resources available at a larger firm. Others who don’t want to work for big outfits strike out on their own and create new specialized boutique firms. Some of the small firms grow, are acquired by bigger firms and the cycle spins again.

These days, regional and national firms flock to Nevada as they see opportunity in the state’s increasingly diversified and sophisticated economy, said Michael Feder, a Nevada-based member in Dickinson Wright, a nationwide firm with offices in Las Vegas and Reno.

The arrival of the Las Vegas Golden Knights of the National Hockey League and the excitement surrounding the move of the National Football League’s Raiders to Las Vegas has helped draw attention to the changing face of Nevada, Feder said. Of course, the arrival of Tesla in Northern Nevada and the growth of Amazon and other tech companies in Las Vegas also got the attention of law firms looking to expand into the state.

Still, the rising tide of the state’s economy isn’t lifting all legal boats equally. Attorneys who specialize in business combinations and real estate transactions are busy these days. Bankruptcy attorneys aren’t as busy as they were a couple of years ago. The lawyers who specialized in construction defect litigation saw much of their business vaporize when Gov. Brian Sandoval signed legislation in 2015 that tightened the rules surrounding construction defects.

One indication of the strength of the legal business in Nevada is the number of out-of-state attorneys — especially from Arizona and California — who are seeking work in the state.

“Approximately one-third of the Nevada bar is comprised of lawyers located outside of Nevada,” said Gene Leverty, a Reno attorney who serves as president of the Nevada Bar. “Bottom line: There must be work in Nevada, because we are drawing more lawyers who want to become part of the bar to practice in Nevada. The opportunities for lawyers are still great in Nevada.”

However, newcomers to Nevada don’t always find immediate success, said Feder. They often need to adjust to the idiosyncrasies of the state’s market.

“Relationships are different here,” he added. “Much as this state has grown, it’s still a small market. People know each other. You have to make sure that you advocate in a professional manner.”

“Competition is prompting firms like ours to take unusual steps to bolster their profiles, practice areas and billing structures,” Steffen said.

His firm, for instance, has strengthened its presence in Northern Nevada with offices in Reno and Incline Village. He also hired partners from other firms with specialized skills who could boost the offerings of Hutchison & Steffen.

Feder, meanwhile, said continued recruitment of excellent legal talent is the single most important issue faced by Dickinson Wright in Nevada. The firm, he added, looks for skilled legal professionals who are comfortable with the firm’s culture and are prepared to make a commitment to Dickinson Wright for the remainder of their careers.

Smaller firms are staffing up as well. Las Vegas-based Schwartz Flansburg, for instance, expects to grow from its current team of eight lawyers to a group of 10 or 15 over the next few years.

“We want to be big enough to handle larger, sophisticated cases that need the undivided attention of three or four lawyers,” said Frank M. Flansburg III, co-founder and co-owner of Schwartz Flansburg.

But at the same time, the firm’s founders want to protect the culture of a smaller firm, one of the reasons they established Schwartz Flansburg three years ago. They’ve doubled the legal staff of the firm over the past couple of years, growth driven both by the need to handle complex commercial work as well as the addition of consumer legal services.

From the biggest international firms to the smallest one-person office, law firms have only one commodity to sell — the time and expertise of their professional staffs. It’s a challenge to keep that inventory in line with clients’ demands.

“If you have a large case, you can’t just go out and hire five lawyers,” explained Flansburg. “But at the same time, you want to be able to attract that case.”

Limited in their ability to staff up quickly when big cases arrive, law firms typically demand long hours — 60 or more hours a week — during peak times. At the same time, legal professionals understand that they’re likely to be billing fewer hours during slack times.

Even as firms expand their staffs, recently minted graduates of law schools may not be able to find the high-paying jobs they need to pay off enormous student loans.

“There are too many lawyers struggling to find high-paying jobs in the private sector or paying community,” said Steffen. “However, there are not enough lawyers available to provide legal services to people who cannot afford it, to meet the needs of the socioeconomically disadvantaged.”

It’s not just recruitment of legal talent that keeps leaders of law firms awake at night.

“One common concern many law firms in Nevada share is how difficult it is to find dedicated, hard working and competent support staff such as legal secretaries and paralegals,” said Steffen. “These positions can pay a high hourly wage yet it’s surprising how few qualified workers are available.”

The rising costs of employee benefits and other overhead also challenge managers of law firms, especially in an environment in which they find it difficult to simply raise attorneys’ billable rates.

Impact of the Digital Age

During the past couple of decades, productivity gains delivered by sophisticated document-management software and digital law libraries provided some protection for law firms’ profitability even in the face of higher operating costs.

The impacts of the new technologies were felt widely in law practices — and not just in the increased daily productivity of lawyers, paralegals and administrative staffs.

Law firms downsized the physical size of their offices because they no longer need expansive spaces for files stuffed with paperwork. And the law library filled with leather-bound volumes is little more than a photo backdrop for most firms these days.

On the other hand, digital documents are creating massive new workloads for attorneys, particularly in complex cases of commercial litigation.

Not all that long ago, Flansburg noted, a lawyer might get a box or two filled with files in response to a request made during the discovery phase of litigation. Now, the lawyer is more likely to get massive amounts of data. Companies, after all, back up and save everything these days.

Lawyers worry that they might miss a case-winning needle in the haystack, so they spend countless hours plowing through electronic documents. Sophisticated search tools help, but lawyers fret that an incorrectly worded search might miss the one document they badly need.

Improvements to the System

Major changes in the state’s courts system also play a role in improved productivity. Most notably, judicial appeals are moving more quickly now that the three-year-old Nevada Court of Appeals is up to speed.

Abbi Silver, chief judge of the Court of Appeals, said the three-judge panel was on track to decide about 1,000 cases during 2017, up from barely more than 700 in each of its first two years.

Most critically, the cases amount to about a third of the heavy case load faced by the Nevada Supreme Court before voters approved creation of the new appeals court. With Supreme Court workloads that were among the heaviest in the country, cases sometimes weren’t decided for three or five years.

The Court of Appeals moves more quickly — sometimes issuing written orders within a day after it has heard and decided a case.

“We want the parties to have a disposition,” said Silver. “They need resolution in their lives.”

The Supreme Court determines which cases will be decided by the Court of Appeals and most of them are cases in which one side or the other believes that a lower court incorrectly applied clear, existing Nevada law. More difficult cases — such as those in which no clear law exists — remain in the hands of the State Supreme Court.

Improved efficiency is particularly important for law firms because clients continue to keep a tight rein on legal expenses, a trend that began during the recession.

“People are less likely now to let lawyers run up legal fees with little or no accountability,” said Steffen. “Clients want more predictability on outcomes and to spend less money getting there. In many respects, it was a needed course correction.”

On the other hand, Steffen worried that financial pressures on law firms may lead to bad decision-making.

“Lawyers seem to have lost what should be their most valuable skill — problem solving,” he said. “People need lawyers to solve problems. We have too many attorneys that jump head first into litigation who don’t properly explore other options with their clients and who don’t fully discuss the costs and risks of litigation versus other remedies.”

Law firms — especially smaller, general practitioners — also feel some pressure on the bottom end of the market from online providers such as LegalZoom.

Those providers of legal documents meet the needs of cash-strapped consumers and small businesses that either aren’t willing or aren’t able to pay the fees of a traditional law firm.

“That’s a problem in our industry that we have not been able to fix,” said Flansburg. “The problem is that these online firms provide an off-the-shelf solution, and no single size truly fits all.”

Leverty, the bar association president, contended that online services weaken the very fabric of the state as they take business from local attorneys who are rooted in their communities.

“The local legal profession — not AVVO, or LegalZoom — provides the community with pro-bono legal aid assistance, gives to the community and pays local taxes,” the bar association president said.

However, he noted that the online services may be shining a light on a possible business opportunity for young lawyers: Providing legal services at reduced cost to folks who don’t qualify for free legal services but can’t afford the rates of traditional law firms.

Renewed dedication to public service — even at reduced hourly rates — also would sharpen the legal world’s focus on its most important principles, Leverty said.

“We assist persons with legal problems or to avoid legal problems,” Leverty added. “The law is not a business; it is a profession.”