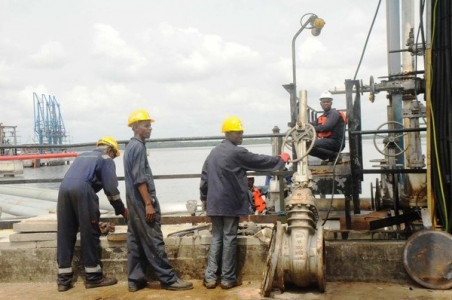 The raging labour dispute between the oil workers’ unions and Nigerian indigenous firms that have committed huge resources to develop local capacity and capability in line with the Nigerian Oil and Gas Industry Content Development (NOGICD) Act of 2010, has threatened 3,000 jobs in the oil and gas sector.

It was noted that the dispute has already resulted in the mass sack of about 1,000 workers by indigenous oil companies and oil service firms; with 2,000 more jobs on the line as these firms downscale in a bid to curb exposure to the unions’ excessive demands.

While the indigenous service providers struggle to retain indigenous workers, they staked substantial investments to train under the Nigerian Content Law. These firms have alleged that the labour unions’ demands for unionisation of workforce, payment of huge remunerations for their members, and payment of fat exit packages to disengaged members of staff have posed a great threat to their survival.

However, the Chairman of Petroleum Technology Association of Nigeria (PETAN), Bank-Anthony Okoroafor said the association had scheduled a meeting Wednesday this week to look into series of complaints by workers and employers involved in the disputes. He promised that PETAN is working with all parties in the disputes to address the worrisome development, adding that over 15 other companies outside PETAN are also affected by the labour dispute.

He blamed the low activity cycle that affected the financial strength of most service companies in the country for the crisis. He emphasised that labour leaders should take note of the existing crisis in the industry in the context of the current economic condition of the country and liaise with investors to resuscitate the sector.

Investigation revealed that the Petroleum and Natural Gas Senior Staff Association of Nigeria (PENGASSAN) is on a collision with over 18 companies that allegedly failed to abide by their Collective Bargaining Agreement (CBA) on payment of remuneration to their members, unionisation of workforce, reinstatement of sacked workers and payment of huge exit packages to disengaged staff.

One of the companies, Ciscon Nigeria Limited, it was learnt, has allegedly threatened declaring insolvency, citing hostility from labour unions in the face of downturn in upstream operations.

In a petition addressed to PETAN, some of the disengaged workers of the company stated that Shawley Coker the Chairman and Chief Executive of Ciscon, had in a memo tagged ‘Ciscon-The Choice,’ sought to discount duly earned terminal entitlements of staff, threatening that where that option was not agreeable to them, then the company should be “shut permanently”.

Another firm was said to have berated the leadership of PENGASSAN “for being too parochial in their appraisal of prevailing situation in the industry,” urging them to “get clear understanding of their roles as partners in building the nation’s economy and not to align with agents that demolish business structures that create jobs.”

Also speaking on the issue, the Managing Director of Warri-based indigenous oilfield services contractor, Weafri Well Services, Mr. Chris Onyekwere, said he had pioneered a campaign against poaching of trained employees by foreign companies and decried what he described as “the glee with which workers indigenous firms spent fortunes to train walked over to foreign competitors on the promise to work abroad.”

Onyekwere argued that regulators should insist that “poaching must carry a condition that the foreign employers must first offset the training cost of the employees they seek to pull out from indigenous companies.”

Speaking at the recent maiden edition of the Nigeria International Petroleum Summit (NIPS) in Abuja, the Minister for Petroleum Resources, Ibe Kachikwu stated that he has “appealed to the unions to bring labour issues in the industry to me for initial dialogue before they become labour issue. My advice is that ultimatums and work stoppage are something that must be used very sparingly. In a typical year, we lose a lot of time because we are back to back with strike. It is almost like that the organised labour in the industry believes that the only way to get attention from us is to go on strike. But it shouldn’t be. When we are not doing things right we need to correct ourselves”.

He added that the federal government was working to attract the right level of investment capital to keep the Nigerian Content scope of the industry vibrant in the short to medium term, and would require over $100 billion worth of investments to recalibrate activity the industry.