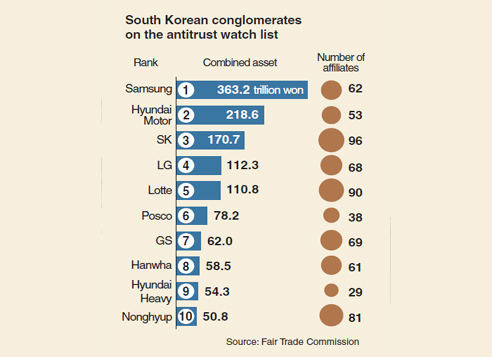 Of the top 30 conglomerates by assets, revenue generated by the four on the top of the list accounted for 56 percent of the total last year, according to the Fair Trade Commission.

Under the fair trade law, affiliates of large conglomerates with assets exceeding 10 trillion won are banned from making equity investments among themselves or offering loan guarantees to each other.