A drizzly night in Belgravia and the streets are deserted. A cab pulls up before Eaton Square’s stuccoed columns. The passenger in the back is metres from her front door — but drenched in De Beers and toting a £10,000 handbag, she doesn’t feel safe walking the distance alone. Thankfully she and her neighbours have their own immaculately turned-out private ‘policeman’ on speed dial to escort them safely home, an ex-copper or soldier who keeps an eye on their properties all day and who, should an ‘incident’ occur, has the power to arrest the perpetrator and launch his or her own investigation.

This is — or, at least, will be — My Local Bobby, a subscription-based service offering ‘high-end security, with the full support of experienced detectives and the capability of prosecuting offences’, says David McKelvey, 54, who co-founded the service with Tony Nash, 52, both of whom are former Met officers. From this month it will offer to patrol some of London’s most expensive streets in Belgravia, Mayfair and Kensington. Each uniformed ‘bobby’ will have a ‘microbeat’ covering up to 250 houses, the owners of which will pay a subscription fee of approximately £100-£200 a month.

In return, clients receive a ‘meet-and-greet service’ from their car or the Tube, and will have access to a hotline to their bobby, whose location they can track on their iPad. If there’s a crime, says McKelvey, ‘we would have a bobby on scene within minutes’. My Local Bobby also offers a full surveillance fleet and its own undercover unit to investigate crimes — ‘the only other undercover unit outside of law enforcement’, according to McKelvey. ‘In this day and age, we’ve got better resources than the police,’ he says. As well as being equipped with body cams for recording evidence, the ‘bobbies’ will be able to apprehend suspects using a citizen’s arrest. And, if necessary, they can bring a private prosecution (that is, one brought by a private individual not acting on behalf of the police).

In doing this, My Local Bobby will introduce a bold new concept to the streets of the capital. Against a backdrop of stretched resources, private security has become a booming business. The Met has been forced to make £600m of savings since 2010, in part by reducing overtime and cutting managers, and according to an HMIC report last month on police effectiveness, London alone is 700 detectives short. Research done by the British Security Industry Association suggests, meanwhile, that the private security industry was worth more than £6bn to the UK economy — approximately 0.55 per cent of GDP — in 2015. 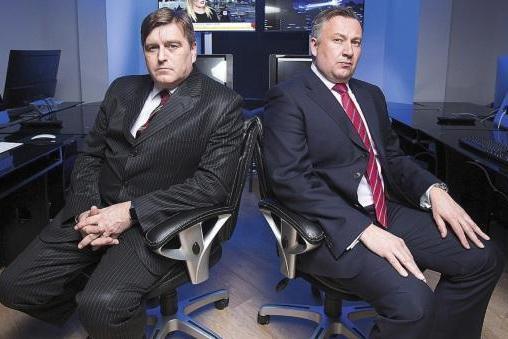 My Local Bobby’s parent company, private investigation firm TM Eye, as McKelvey explains, ‘has, through a strict process involving its legal team and the Acro Criminal Records Office, access to the offending history of those it prosecutes. This is only ever used for the benefit of the court in deciding on sentence. It also ensures all TM Eye convictions are recorded on the PNC [Police National Computer] for the information of law enforcement. Access is strictly monitored.’ He adds that ‘there’s no one else in the UK who brings private prosecutions. There are some law firms, but to my knowledge there are no other investigation companies that do.’ On its website, the Acro Criminal Records Office confirms that ‘we maintain a number of information-sharing agreements with [non-police prosecuting] agencies to provide criminal conviction information solely for the purposes of the prosecution of offenders, legal proceedings or obtaining legal advice’. It clarifies that it maintains two agreements with TM Eye in partnership with two law firms and that ‘under the terms of these agreements, Acro provides criminal conviction information to the courts via the law firms for the express purpose of supporting the prosecution of offenders.’ The agreements do not allow for the general disclosure of PNC information for the purpose of conducting checks on members of the public.

Understandably, the news that so-called ‘private police’ will be patrolling London has proven controversial. The Met Police Federation Chairman, Ken Marsh, warned on BBC radio that trying to ‘recreate other policing actions or organisations becomes a very, very thin line and very dangerous’, adding that ‘the Office of Constable is held by the people who swear to serve the Queen… so they are completely transparent, they have to answer to every single action.’

Others have questioned whether a private company should have access to criminal records. But ‘the PNC thing was a red herring’, insists McKelvey, who argues that the use of the PNC is ‘purely and simply when we prosecute someone, and it’s only for the benefit of the court, so that the court is aware of the previous criminal history for that person’. Crucially, as Acro makes clear, its agreement with TM Eye (founded by McKelvey in 2007 and hitherto specialising in intellectual property theft and counterfeit luxury goods) doesn’t ‘allow for the general disclosure of PNC information for the purpose of conducting checks on members of the public’. 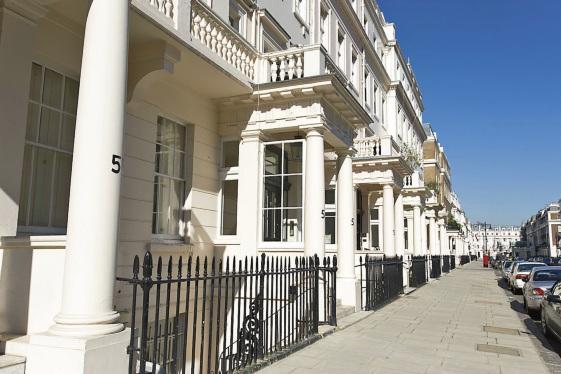 Others have voiced concerns that such developments are tantamount to high-end ‘vigilantism’. Belgravia resident Katrina Kutchinsky, a 35-year-old PR director, worries about the risk of people being harmed as well as ‘legal questions as a result about who can legally use force. We don’t want mob rule.’ McKelvey counters such criticisms by highlighting the expertise of himself and his bobbies (at least 20 of whom have already been hired and trained). ‘Almost everyone involved has been a serving police officer for 30 years… You’re not getting some probationary police officer with less than six months’ service walking around the streets, you’ve got people with years of experience who know the law inside out. The bobbies have to be Security Industry Association-approved, have a Close Protection licence [required for all bodyguards] and we’ve got our own vetting and training process.’

Still, McKelvey is aware of the importance of winning trust. ‘We’re going out, knocking on doors, going to local churches and residents’ groups,’ he says. And while news of the launch may have been controversial, it means ‘hundreds’ of applications for policing jobs have already been received. One such hopeful, Koon Wai To, 51, has 12 years of experience in the military as well as experience in the police force. Close Protection-trained and currently working in private security, Koon thinks there’s a ‘real need’ for My Local Bobby. ‘The forces are so stretched. Having been in the police force, I’ve got [former] colleagues in there who are saying, “We need a solution”.’

Both McKelvey and Nash are adamant that what they are offering is a supplement to conventional policing; they are not trying to supplant the existing force. ‘The Met has some great officers — with Cressida Dick coming in, they’ve got a fantastic commissioner. But they’ve already had £600m worth of cuts, it appears there’s about another £400m gap in finances… Something’s got to change.’ Nash also takes issue with the media characterisation of My Local Bobby as a ‘private police force’, pointing out that the bobbies ‘will have the same powers as you and I have — but they are trained to deliver them’. A large part of what they do is providing a deterrent. ‘With government cuts to resources, you don’t see policemen walk around any more’, says McKelvey.

The pair are still trying to finesse some elements. For example, they haven’t pinned down the logistics of one bobby trying to perform a meet-and-greet service for up to 250 people all arriving home at 10pm in different places. But there’s no doubt that, should it take off, the business model could prove lucrative.

McKelvey frequently emphasises the ‘old-fashioned’ aspect of having a bobby on the beat, and My Local Bobby’s logo shows a quaint illustration of one. His officers will wear a blue-grey military-style uniform, which McKelvey compares to a 1950s-style police tunic, designed after consultation with the London School of Fashion and former Jaeger boss Harold Tillman.

Nash, who retired as detective chief superintendent of the Met last month after 31 years in the service, readily recognises My Local Bobby’s commercial potential. As well as the basic subscription services, My Local Bobby will offer what Nash calls ‘bolt-ons’. For additional security and investigation —private criminal prosecutions, a bodyguard for events — there will be extra charges. Starting out in London’s richest residential neighbourhoods was a ‘commercial decision’ to get the business up and running, he says. Should it expand to other areas, there will be a ‘sliding scale’, with residents in expensive areas paying more. Nash also suggests that ‘in the future, potentially we could go to local authorities and look at them outsourcing their patrols’. That, of course, could bring more controversy, though Nash argues they’re filling ‘a gap in the market’.

‘Education and health already have the private aspects. The police haven’t and I think this is the first step in opening that up to the market,’ he says. ‘It’s like people buy private health insurance… the concept of people paying for something above what the state provides — this is no different.’