The Nigerian Senate is set to invite and investigate over 40 oil firms fingered in the NNPC $25bn contract scandal currently rocking the top oil corporation.

In addition to this, a Senate adhoc committee has been set up to investigate the allegations brought to the fore by the Minister of State for Petroleum Resources, Ibe Kachikwu, against the Group Managing Director of the Nigerian National Petroleum Corporation, Maikanti Baru.

Kachikwu in a leaked memo to President Muhammadu Buhari had alleged that against the rules, Baru awarded major contracts worth $25 bn without reviewing or discussing them with him or the NNPC board.

“The legal and procedural requirements are that all contracts above $20m would need to be reviewed and approved by the board of NNPC. Mr. President, in over one year of Mr Baru’s tenure, no contract has been run through the board.

‘‘As in many cases of things that happen in NNPC these days, I learn of transactions only through publications in the media,’’ Kachikwu wrote.

It was gathered that the Senate, which had earlier stated that it would probe the allegations, decided to invite over 40 companies which received the following contracts: Crude Term contracts — valued over $10bn; the Direct Sale of Crude Oil and Direct Purchase of Petroleum Product (DSDP contract) valued over $5bn; the Ajaokuta-Kaduna-Kano gas pipeline contract valued at $3bn; allocation of funding contracts of national oil companies valued over $3bn and NPDC production service contracts valued between $3bn and $4bn.

A Punch source said, in one of such instances, Baru was accused of making appointments into the NNPC without the approval of the board.

The director said during the 124th session of the NNPC Board meeting, Baru was allegedly criticised for appointing the Managing Director of NNPC Retail without informing the board. Members of the board complained that they learnt of the appointment in the media.

He said, “Kachikwu, pleaded with the board that the appointment of the MD of NNPC Retail Limited without recourse to the board should be treated as part of a learning curve and stated that going forward, management should present to the board a number of candidates that should be considered for such appointments for board evaluation before making appointments.”

The director also claimed that Baru was criticised at a separate meeting for attempting to submit the budget of the NNPC directly to Buhari without the input of Kachikwu or the board. He also re-echoed the complaints in Kachikwu’s leaked memo that Baru had been approving contracts through the NNPC Tenders Board and taking documents directly to Buhari under the pretext that Buhari is the substantive minister of petroleum.

The NNPC director further told one of our correspondents that NNPC and Schlumberger in June signed a tripartite agreement for the development of the Anyala and Madu fields under oil mining leases OMLs 83 and 85, offshore Bayelsa State worth over $700m.

According to him, following Baru’s alleged circumvention of the board in the award of contracts, the Finance and General Purpose Committee of the NNPC board and the NNPC management sought legal opinion from external experts.

“Since the National Council on Public Procurement had not been appointed by the President, the Bureau of Public Procurement’s manual regarding the composition of the NNPC Tenders Board is merely advisory and not law.”

“In essence, the NNPC board, as the apex authority, with its fiduciary relationship with the corporation and the onerous liability exposure that it has, is not prohibited from approving contracts by the Public Procurement Act,” he added. 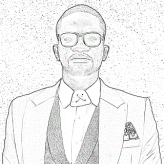