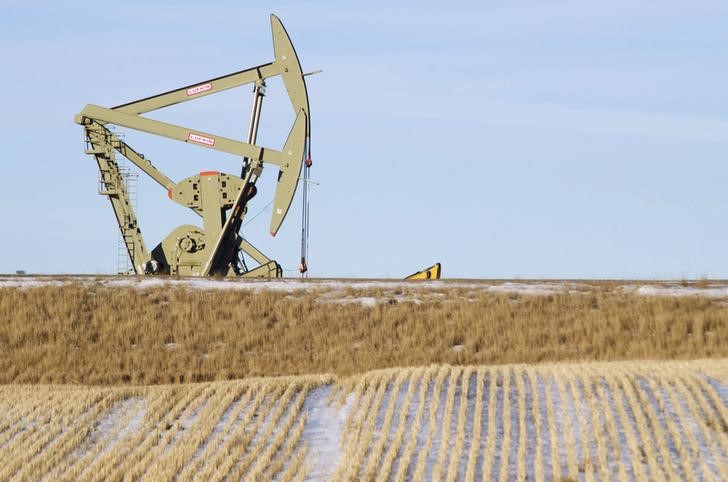 HOUSTON (Reuters) – Oilfield service creditors have been hit harder this year by bankruptcy court filings than during all of 2016, according to law firm Haynes and Boone, a sign of the oil industry’s uneven recovery.

While drilling activity has sharply gained among U.S. onshore producers and oil prices () at about $48.50 are above last year’s low, they are still not high enough to lift offshore drilling activity and pricier international projects.

“Many of the larger companies were able to do some out-of-court restructurings to weather the storm, but as depressed commodity prices continued, the market drove them into bankruptcy,” said Stephen Pezanosky, a restructuring partner with Haynes and Boone in Dallas.

Bankruptcy filings among companies that explore for and produce oil and gas have fallen sharply this year, with only 14 seeking court protection as of July 31, compared with 55 in the same period last year, according to the study.

No energy producers filed for bankruptcy in July, but some are anticipated to seek restructuring help in the third and fourth quarter of this year, Pezanosky said.

“We’ve got a number of companies that were able to keep their heads above water in 2016, but now that commodity prices have not completely recovered, they’re having to do something, whether it’s in-court or out-of-court restructuring,” he said.

Since the start of 2015, 128 oil and gas producers have filed for bankruptcy, according to Haynes and Boone’s tally.

Disclaimer: Fusion Media would like to remind you that the data contained in this website is not necessarily real-time nor accurate. All CFDs (stocks, indexes, futures) and Forex prices are not provided by exchanges but rather by market makers, and so prices may not be accurate and may differ from the actual market price, meaning prices are indicative and not appropriate for trading purposes. Therefore Fusion Media doesn`t bear any responsibility for any trading losses you might incur as a result of using this data.