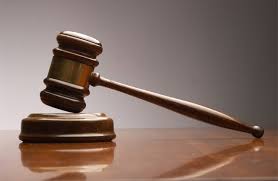 The High Court has removed a veil protecting companies under judicial management from having their assets attached to recover investments, a ruling likely to open the flood gates of writs of attachment of property, especially against banks.

Justice Happias Zhou ruled in a case involving Bindura University of Science Education (BUSE) and Tetrad Bank that placement under judicial management was not an excuse for not paying depositors their dues.

In the landmark judgment made available last week, Justice Zhou gave BUSE the green light to attach Tetrad Bank’s assets to recover nearly half a million dollars it invested with the financial institution eight years ago, before it was placed under judicial management for almost two and half years.

Justice Zhou slammed Tetrad Bank for trying to hide behind the façade of judicial management to deny the university its deposited funds.

“The judicial management must not be used as an excuse to frustrate the just claims of those who have deposited their money with first respondent (Tetrad Bank),” said Justice Zhou.

“The students who pay their fees expect to get value for their investment which is being severely compromised by the fact that its funds are locked in the first respondent (Tetrad Bank). It must be remembered that the applicant is not asking for a loan, but is seeking to recover what is due to it.”

The ruling is likely to open flood gates from depositors who lost millions of dollars to several banks placed under judicial management following turbulence that hit the banking sector in recent years.

The law has been in favour of companies placed under judicial management, which are exempted from execution and attachment.

This has seen many companies, especially financial institutions, seeking sanctuary under judicial management to avoid losing their assets, leaving depositors with little option to recover their funds.

Justice Zhou noted that in opposing the attachment of its property, Tetrad Bank, in its affidavit, argued that it was entitled to the protection granted by the order from execution on the basis of the provisions of Section 301 (1) of the Companies Act (Chapter 24:03).

In terms of the said section, “while the company is under judicial management all actions and proceedings and the execution of all writs, summons and other processes against the company be stayed and be not proceeded with without the leave of the court”.

In his judgment, Justice Zhou suspended the moratorium against BUSE and granted it leave to attach Tetrad Bank’s assets to recover $473 025,52 plus interest at the prescribed rate.
Justice Zhou was sensitive to the reality that the interests of the State-run university should be protected, especially as a client which invested money with the bank.

He said the bank should be aware that it had the responsibility to ensure that depositors got their money back when it becomes due and no technical barriers should be raised.
Justice Zhou said judicial management was just a temporary arrangement.

He said there was no evidence to suggest that the purpose of judicial management would be defeated by allowing BUSE to execute its writ against the bank.

The dispute between the two institutions spilled into the High Court after BUSE deposited $550 000 into its account held by Tetrad Bank in October 2013.

The bank made an undertaking to pay back the full amount within 30 days, together with interests, at the rate of 13 percent per annum.

After repeated demands by BUSE for the payment of the debt, Tetrad only paid $82 942, 81.
Mr Itayi Ndudzo of Mutamangira and Associates represented BUSE, while Advocate Thembinksoi Magwaliba, instructed by Mawere, Sibanda Legal Practitioners, acted for Tetrad Bank. Herald