Canadian clean technology companies could be the next major investment for China’s business elite.

But cyber-security experts and the opposition are warning that the keen interest from Chinese investors must be treated carefully.

“For us at the moment, natural resources is not the top priority,” said Wang Chaoyong, the chairman and CEO of
ChinaEquity, one of the country’s most successful independent venture capital firms.

“We are more interested in investing in environment technology, clean tech [and] innovative sectors such as creative industries,” Wang said in an interview with CBC News.

The investment mogul is part of a delegation from the elite China Entrepreneur Club, which is touring Canada to get a closer look at potential investments.

The group, which is often called China’s club for billionaires, met with Prime Minister Justin Trudeau on Tuesday.

“Canadian product, brand and innovative design are very popular in China, so we see the synergy between the Canadian product and the Chinese market,” Wang said. 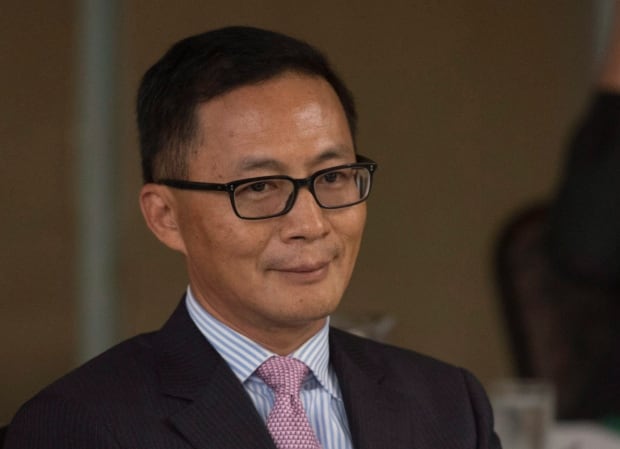 Wang Chaoyong is chairman and CEO of ChinaEquity, one of the country’s most successful independent venture capital firms. (Adrian Wyld/Canadian Press)

He explained his firm is looking to become a minority stakeholder in companies with products or systems that could be successful in China’s massive market.

Wang said he’s noticed a new spirit of willingness for economic co-operation between China and Canada.

“At the moment, I think we see the Chinese government and the Canadian government are doing a lot of work to help us.”

According to a report by Ottawa-based Analytica Advisors, Canada’s clean technology sector is made up of nearly 800 companies employing about 55,000 people.

The industry is expected to grow, as countries around the world become more environmentally conscious.

But because the industry is still developing, one cyber-security expert says Canadian companies could be vulnerable to hacking attacks.

“It’s very much a new industry, and they can get in at the ground floor,” said Keith Murphy, the CEO of Defence Intelligence, an Ottawa based cyber-security firm.

“It makes for a very attractive target,” Murphy said.

Murphy said he understands Canadian businesses want to grow their companies, but owners should be weary of major investments from Chinese firms.

“Especially with a lot of the history we’ve seen with Chinese businesses, they’ve been used to attack the Canadian government, Canadian citizens, Canadian businesses in the past. And certainly the U.S. has fallen victim to this as well.”

In 2014, Chinese state-sponsored hackers were accused of breaking into the computer system of Canada’s National Research Council. The Chinese government adamantly denied the claim.

As the federal government tries to strengthen ties with China, it is also downplaying concerns about investment and security.

“There’s a well-established Canadian process for dealing with these issues under the Investment Canada Act with all of the appropriate safeguards in place,” said Public Safety Minster Ralph Goodale.

“Canada’s a country that welcomes foreign direct investment. Obviously, it needs to be a net benefit to Canada and all the security requirements need to be met. The procedure is there already in the law to deal with that,” he added.

The opposition is warning the government to move slowly and to vet foreign investors carefully, for all sectors.

“We should … do a little due diligence on the history of these individuals, how their billions were acquired, their relationships with state-owned industries in China,” said Conservative foreign affairs critic Peter Kent.

“Canada is open for business, and should be open for business. But I think we have to be very careful about who is doing the buying and how that purchase will look down the road in terms of the Canadian economy and Canadian security interests.”