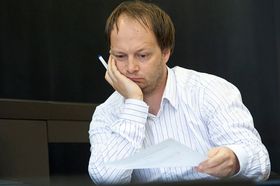 Václav Láska, photo: Filip Jandourek
The amendment to the foreigners’ law which went into force in August
started out as a
government effort to bring Czech legislation in line with EU norms,
however
changes made to the draft in the lower house shifted the bill in another
direction. Senator Václav Láska, who is preparing a legal complaint
against it, says the law treats foreigners from outside the EU as
second-class citizens.

“Foreigners from non-EU states should be warned that the Czech
authorities will not make it easy for them to get any kind of residence
here, be it temporary or permanent, that even the smallest mistake in the
form they fill in, or step they take, such as entering the country, will
disqualify them from being considered for residence. Foreigners should be
warned that when they are invited to the foreigners’ police the
reception
they get will not be friendly.”

Senator Láska argues that the law, which proponents claim is in the
interest of national security, does not impact migrants so much as
foreigners studying and working in the Czech Republic. Non-EU foreigners
applying for residence now have to go to their country of origin to do so,
for a process that may take months, and they must present the originals of
documents such as birth or wedding certificates. Most importantly
foreigners who are refused residence by the Interior Ministry can no
longer
take their case to court as they could in the past. Over a quarter of
those
court appeals were successful.

The stricter requirements have also impacted Czechs employing foreign
nationals. Employers are barred from taking on foreigners from outside the
EU if the firms get into debt, fail to pay social insurance or are found
guilty of making illegal hires. And a foreigner who gets into any trouble
with the law and is convicted will immediately be expelled from the
country. 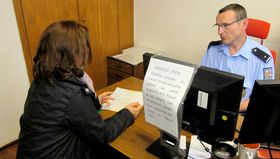 Illustrative photo: Ondřej Tomšů
Senator Láska says this will gradually make foreigners shun the Czech
Republic, as is now the case with migrants. Bohuslav Chalupa from the ANO
party counters that in view of the security situation in Europe and the
world today, individual countries will have to respond in order to protect
their nationals and the Czech Republic is doing just that.

“The fact is that both international and Czech legal norms were
adopted
at a time when lawmakers did not envisage our present day problems such as
a massive migrant wave, climate change or a rapid deterioration of the
security situation. So the question is whether it is not time to revise
those laws, because today we face entirely different problems than we did
ten years ago.”