The social function of law and legal education today 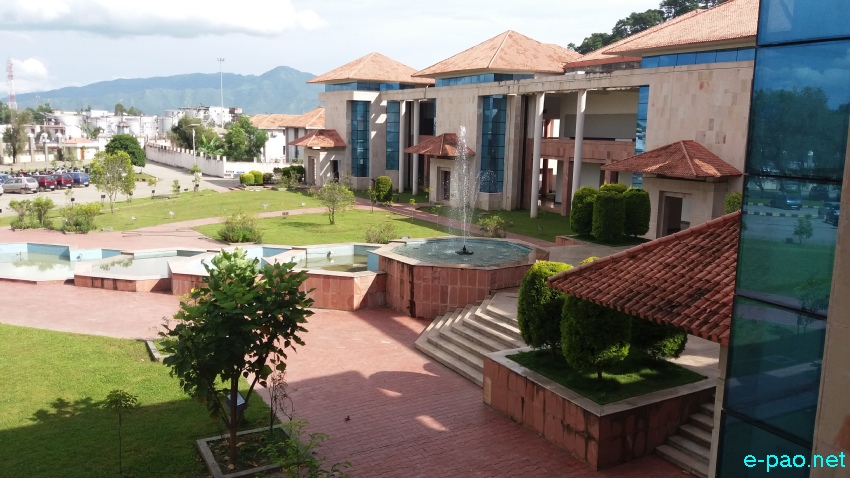 Among the various milieus the influence of society, economy and politics in shaping the nature of law and its function are significant to note. Customary norms and traditional values are productions of the social environment whereas barter system of trade and later on commercial contracts are productions of the economy, and norms recognising peoples’ freedom to participate in the governance of a country, recognising their entitlements are productions of the politics. Since the emergence of modern state system post -1648 Westphalian Treaty, legislation or the process of enacting laws, policies, etc. have come to be accepted as one of the most effective means of regulating human relations.

The methods of law making become an important area of concern. Because in the post-war order, the working of international financial and economic institutions have exerted enormous pressures on the legislative or policy making spaces of sovereign states. For instance Structural Adjustment Programmes (SAPs) and conditionalities of IMF and WB have deeply penetrated into crucial economic policy decision making spaces of sovereign states. The state has gradually succumbed to the pressures of the neo-liberal economy and growth induced idea of development.

The shrinking sovereign space in the states’ economic domain is a worrying factor for multiple reasons. Amongst others is the implication which such an international economic order has produced on the law making processes and the changes that entails in shaping the nature of the functions of law in the society. Ideas, institutions and processes have been manufactured, re-appropriated and re-manufactured to make free flow of the global capital. The conception of making law for the common good or the manner in which law has come to be enacted in legislative forums requires critical study.

The objectives of legislations enacted in post 1991 in the country are strongly posed against the interests of the common people. Such a trend could be observed from legislations and schemes relating to land acquisition, development of natural resources and economic rights of peoples. Central legislations regulating land, forests, development of water, mineral, oil, mines, petroleum and petroleum products, nuclear energy, hydro-power, etc. have seen widespread agitations from communities across the country. The Narmada Bachao Andolan, resistance against Salwa Judum project, Kundakalam protest, anti-dam agitations in Arunachal, Manipur, Mizoram, anti-oil and mineral development projects in Manipur and Nagaland, etc are some instances which drives home the point.

The economic interest of the state in legislating over these crucial domain of the constituent units (states) of the ‘Union’ of India needs a brief explication. It may be noted that State building policy-instruments of India such as Merger Agreements and Instruments of Accession clearly defined the jurisdiction of the Union Government as pertaining to defence, external affairs, communication and coinage. The rest of the law making subjects were vested to the autonomy of its constituent states. Any change in the exercise of jurisdiction of either the Central Government or States should be done with their consent in a democratic manner.

Public opinion, civil society and academia should essentially be consulted depending on the impact of the intended legislative measures. The promise of foreign capital to flow in the country for development objectives underpin the shift of exercise of sovereign power from a people centric towards capital-centric. The predominance of over-riding powers to legislate with respect to subjects which undoubtedly impinges or have a tendency to impact upon the autonomy of its constituent states are informed by provisions of the constitution such as article 248 read together with Entries 53, 54 and 56 and 97 of the Union List incorporated in the Seventh Schedule. Article 254 norm of repugnancy further re-affirms the position of the Union Parliament.

The ever increasing pressures from transnational economic and financial institutions and corporate entities to streamline domestic legislations, policies and schemes according to their conditionalities and SAPs has also deeply impacted on every sector of economy. Private players in such essential public space such as education, health care services, transportation, electricity, etc. have brought drastic changes in the nature of services provided and costs involved. The field of legal education has become one of the most essential industrial sectors to produce lawyers who could cater to the needs of this emerging private market economy.

The job market created by these economic entities has captured the attention of the educated unemployed population who are in eager need for economic securities. Lawyers having degrees in company law, corporate law, mercantile law, commercial law, alternative dispute resolution systems, international economic and trade law, international investment law, etc. have secured a better comparative advantage in terms of employability. Legal education has transformed fundamentally to provide services to corporate firms and entities which operate beyond national economies. In other words, lawyers become the spoon and their knowledge is constantly feed to the corporate capitalist driven market economy. The end of legal education is now re-oriented towards feeding the corporate economic appetite.

The establishment of national law schools and law universities have a great impact in legal education and society. However it seems that the expectations from these law clubs have been betrayed by corporatisation of legal pedagogy employed in such institutions. The socially functional orientation of law has been shifted towards feeding economic needs of the corporate and investment market. Securing employment in such an emerging and competitive market economy has become the end of lawyers who graduated from these institutions of high repute. The values of legal education towards the society, the social function of law, debates and the need for critical inquiry to understand relationship between law and society, politics and law, law and economics which traditional universities have produced have been over-shadowed to a very large extent.

The focus of legal research has shifted towards assisting marketing strategies of the norms and ideas of transnational corporations. Very little attention is being paid to the needs of society, common people, and interests of populations whose survival systems have been uprooted by development projects of the state. On the contrary, the lawyers produced from these elite law clubs have very conveniently employed and popularised the use of the concept ‘terrorist’ to make it applicable to dissenting voices against state policies and those public spaces resisting and critiquing development projects. For instance an FIR was registered in Manipur in 2012 when local inhabitants protested against oil exploration activities carried out by state government in agreement with The Netherlands based Jubilant Oil and Gas Private Limited without informing and obtaining the consent of the people.

Lawyers of the day and legal pedagogy have abandoned values to understand, debate and critique ideas, concepts, norms and processes. Mechanical application of their knowledge only furthers thecorporatisation of essential public services. The social attributes of law is now defined from the perspectives of the corporate world to suit their needs. No more the lawyer has to understand such crucial questions as to why a particular legislation is required, the intention of lawmakers, the objectives, what influence the making of the law in question political and economic factors, what would be the possible social implications, etc. The social values of law have been compromised. The neo-capitalist economy has defined who constitutes a people or what the interests of the common people are.

In such a context, the interests of the state to further the development of legal education in state or central universities have seen a declining trend. The nature of legal education and the pedagogy followed in these so-called traditional institutions favours more towards public orientation of the knowledge. Students enrolled in three years law programmes generally have a multitude of career options after completion. Their learning process and objectives are not circumscribed to litigations or working with corporate firms, etc. Even in the state of poor attention from government in terms of providing adequate faculty members or infrastructures, some students continue further studies by joining LL.M. programmes.

It may be stated that even if we assume that a meagre 3 per cent of LL.M. completed students further go for research studies like M.Phil. or Ph.D. or engage in teaching profession such a trend is very important in maintaining a vibrant relationship between legal education and society. But it is also not that all the research scholars pursuing further studies have unquestionable commitment to contribute in addressing pressing socio-economic, political and cultural issues. We may assume and indeed many of us have encountered researchers pursuing further studies only for research’s sake or for romanticism with the degree. Such a degree oriented approach, it seems, is further strengthened by National Eligibility Test (NET) syndrome which has affected the length and breadth of quality deliberations in the academia.

Market economy in higher education as well as academic space has been over-whelmingly invaded by degrees but not the quality or content of degree holders’ deliberations, understandings and insights, creativity or potentials to contribute to knowledge and help towards addressing practical issues of the society. This is the most unfortunate reality of higher education today.

Private entrepreneurship should be welcomed only to the extent that it does not compromise social and human values. The greed for unlimited comfort should not allow to disrobe social values and murdering respect for human dignity. Lawyers wherever they are trained should never fail to acknowledge and practice the social obligation of the knowledge of law.

The views expressed herein solely represent that of the writer.

* Laishram Malem Mangal wrote this article for The Sangai Express

The writer is a Faculty, Department of Law, Himalayan University, Itanagar and can be reached at malem(DoT)mangal(AT)gmail(DOT)com.