The best law firms and lawyers in the Dutch Caribbean 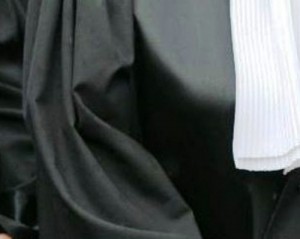 WILLEMSTAD – Five Dutch Caribbean law firms have been ranked as the best law firms in the Dutch Caribbean by Chambers & Partners in Chambers Global 2018. VanEps Kunneman VanDoorne has the desired Band 1 status again, the highest rating by Chambers. Other ranked firms are HBN Law and Spigt Dutch Caribbean, both Band 2, and Soliana Bonapart & Aardenburg and STvB, both with the Band 3 status.

On VanEps Kunneman VanDoorne Chambers says ” The skilled team is regularly engaged in major M&A, financing and project development mandates both domestically and internationally, most notably acting for clients in the banking, tourism and telecoms sectors.”

HBN Law is described as: “A well-established firm that maintains its strong standing in the Dutch Caribbean, with expertise in banking and finance and real estate, as well as a notable strength in dispute resolution.”

On Spigt Dutch Caribbean Chambers says that the firm “continues to be well regarded in the market, particularly when it comes to dispute resolution, finance and corporate/M&A.”

STvB: “This firm is best known for its work on behalf of major financial institutions and insurance companies in matters such as loan financing and M&A.”

Next to these law firms also individual lawyers are ranked.

This year fifteen lawyers receive this honorable praise (last year twelve lawyers). Six of this elite group of lawyers come from Band 1 firm VanEps Kunneman VanDoorne and two from HBN Law. All other firms have one named lawyer; Spigt Dutch Caribbean has two with the special mention of Maike Bergervoet as up-and-coming individual.

More information on these individuals and law firms or the rankings Can be found on the legal website Dutch Caribbean Legal Portal, www.dutchcaribbeanlegalportal.com.