Trading ban to be lifted by Sebi if firms prove credentials

Two days after suspending trading in 331 listed shell companies, the capital markets regulator, Securities and Exchange Board of India (Sebi), ordered stock exchanges to verify their credentials and fundamentals. In a letter to the exchanges on Wednesday, the markets regulator hinted if a company’s business model appeared satisfactory, the trading ban could be revoked.

SAT asked Sebi should give a hearing opportunity to all the three companies either before Thursday morning, failing which the tribunal will resume hearing in the matter.
The appellate also asked Sebi to respond on certain queries such as whether the officer who passed the impugned order had received the communication from the MCA. It has also asked the regulator to file a reply on the due diligence done of the information received from the ministry. 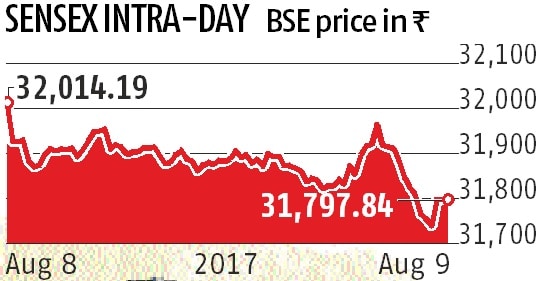 The regulator’s surveillance department has directed stock exchanges to seek the auditor’s certificate from the companies, with a long list of disclosures. These include annual income-tax returns for three years and description of pending tax disputes, if any. Companies also need to provide status reports on compliance with the Companies Act and Sebi’s listing regulations.

Besides, the companies will also have to give a framework of their business models — whether or not it was doing well. They would have to disclose loan defaults or if they had been declared as a non-performing asset (NPA). They would also need to furnish bank statements for the past one year, both for active or dormant accounts, as well as the annual returns of the past three years.

Bourses have been asked to verify the auditor’s certificates and the documents provided by the companies. Sebi in the letter, accessed by Business Standard, said the exchanges will have to give a hearing to the companies concerned and submit a report.
The regulator also asked exchanges to submit the status report of the brokers and their respective clients (investors). Sebi has instructed exchanges to ask brokers to check the credentials of their clients (investors). “In case the credentials of the client is not found satisfactory then their unique client code (UCC) should be temporarily disabled by the exchanges,” it said in the letter. On the other hand, the government also indicated that some of the companies might soon resume trading. “We expect about a dozen companies might be allowed to resume trading within a week,” said a finance ministry official. Action against the identified companies was taken after a spike in trade was found during demonetisation, he added. “Many have been found to be violating the income-tax rules. These companies, however, will be given a chance to prove their position,” said the official.