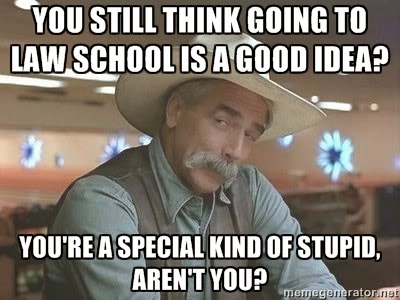 News that Trump’s own attorney Michael Cohen has had to hire another lawyer, Stephen Ryan, to represent him regarding various investigations already ongoing in Washington, D.C., almost certainly sent a clear message to many others on the White House staff, Trump’s transition team, and high level executives at his many business ventures that they too probably need lawyers to protect their interests if not their freedoms, even if they are themselves lawyers.

Cohen’s action probably reinforced the message which earlier was broadcast loud and clear when Trump’s other lawyer, Marc Kasowitz, reportedly told many White House “aides gathered in one meeting” that “it was not yet necessary” for each of them to go out and hire their own legal counsel.

As a popular lawyer website, AboveTheLaw, noted, “I’m sure that’s what a lot of lawyers would like to tell potential witnesses against their clients.  Because, of course, once they get their own lawyers, Kasowitz can’t talk to them directly.”  So, many will take it as a signal to get lawyered up.

When lawyers have to go out and hire their own lawyers, it really helps to reduce the current glut of lawyers looking for work, says Banzhaf, noting that many would be happy to have even low-paying jobs reviewing documents in windowless rooms.

Add to this the growing number potentially involved in various probes who will now need lawyers, and any of those lawyers who will have to hire their own lawyers, there could be a hiring boom among D.C.’s lawyers not seen since the days of Watergate, says Banzhaf, who played a role in that scandal.

All this is coming at a perfect time to help bail out law schools and law professors, says Banzhaf, noting that most law school have been forced to slash class size and/or significantly lower their admissions standards simply in order to remain afloat.

This dire situation, which many have labeled a crisis, was precipitated by the recent financial collapse, but is also a logical result of advances in data processing and AI, and the outsourcing of work by law firms to specialty shops and to other countries, thereby slashing the need for new attorneys.

As a direct result, law school are in trouble. For example, between 2011 and 2015, it was estimated that tuition revenue fell by about 35% among the great majority of law schools not at the top of the rankings list.

Since most law schools are very heavily depended on tuition revenue, anything Trump does which creates an increased demand for more lawyers – including not only the D.C. probes, but also litigation over immigration and increased deportations, the need to fight changes in federal regulations, and, shortly, renewed litigation over whatever replaces Obamacare – is welcomed with joyful arms by the legal profession, and by the many law schools which continue to turn out more graduates than the nation really needs.