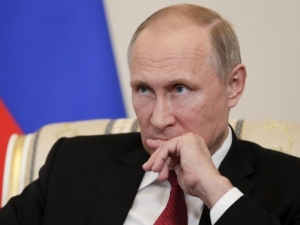 Western technology companies, including Cisco, IBM and SAP, are acceding to demands by Moscow for access to closely guarded product security secrets, at a time when Russia has been accused of a growing number of cyber attacks on the West, a Reuters investigation has found.

Russian authorities are asking Western tech companies to allow them to review source code for security products such as firewalls, anti-virus applications and software containing encryption before permitting the products to be imported and sold in the country.

The requests, which have increased since 2014, are ostensibly done to ensure foreign spy agencies have not hidden any “backdoors” that would allow them to burrow into Russian systems.

But those inspections also provide the Russians an opportunity to find vulnerabilities in the products’ source code – instructions that control the basic operations of computer equipment – current and former US officials and security experts said.

While a number of US firms say they are playing ball to preserve their entree to Russia’s huge tech market, at least one US firm, Symantec, told Reuters it has stopped cooperating with the source code reviews over security concerns. That halt has not been previously reported.

Symantec said one of the labs inspecting its products was not independent enough from the Russian government.

US officials say they have warned firms about the risks of allowing the Russians to review their products’ source code, because of fears it could be used in cyber attacks. But they say they have no legal authority to stop the practice unless the technology has restricted military applications or violates US sanctions.

From their side, companies say they are under pressure to acquiesce to the demands from Russian regulators or risk being shut out of a lucrative market. The companies say they only allow Russia to review their source code in secure facilities that prevent code from being copied or altered.

The demands are being made by Russia’s Federal Security Service (FSB), which the US government says took part in the cyber attacks on Hillary Clinton’s 2016 presidential campaign and the 2014 hack of 500 million Yahoo e-mail accounts. The FSB, which has denied involvement in both the election and Yahoo hacks, doubles as a regulator charged with approving the sale of sophisticated technology products in Russia.

The reviews are also conducted by the Federal Service for Technical and Export Control (FSTEC), a Russian defence agency tasked with countering cyber espionage and protecting state secrets. Records published by FSTEC and reviewed by Reuters show that from 1996 to 2013, it conducted source code reviews as part of approvals for 13 technology products from Western companies. In the past three years alone it carried out 28 reviews.

A Kremlin spokesman referred all questions to the FSB. The FSB did not respond to requests for comment. FSTEC said in a statement that its reviews were in line with international practice. The US State Department declined to comment.

Moscow’s source code requests have mushroomed in scope since US-Russia relations went into a tailspin following the Russian annexation of Crimea in 2014, according to eight current and former US officials, four company executives, three US trade attorneys and Russian regulatory documents.

In addition to IBM, Cisco and Germany’s SAP, Hewlett Packard Enterprise and McAfee have also allowed Russia to conduct source code reviews of their products, according to people familiar with the companies’ interactions with Moscow and Russian regulatory records.

Until now, little has been known about that regulatory review process outside of the industry. The FSTEC documents and interviews with those involved in the reviews provide a rare window into the tense push-and-pull between technology companies and governments in an era of mounting alarm about hacking.

“Some companies do refuse,” he said. “Others look at the potential market and take the risk.”

“We have a real concern”

If tech firms do decline the FSB’s source code requests, then approval for their products can be indefinitely delayed or denied outright, US trade attorneys and US officials said. The Russian information technology market is expected to be worth $18.4 billion this year, according to market researcher International Data Corporation.

Six current and former US officials who have dealt with companies on the issue said they are suspicious about Russia’s motives for the expanded reviews.

“It’s something we have a real concern about,” said a former senior Commerce Department official who had direct knowledge of the interaction between US companies and Russian officials until he left office this year. “You have to ask yourself what it is they are trying to do, and clearly they are trying to look for information they can use to their advantage to exploit, and that’s obviously a real problem.”

However, none of the officials who spoke to Reuters could point to specific examples of hacks or cyber espionage that were made possible by the review process.

Source code requests are not unique to Russia. In the US, tech companies allow the government to audit source code in limited instances as part of defence contracts and other sensitive government work. China sometimes also requires source code reviews as a condition to import commercial software, US trade attorneys say.

The reviews often take place in secure facilities known as “clean rooms”. Several of the Russian companies that conduct the testing for Western tech companies on behalf of Russian regulators have current or previous links to the Russian military, according to their Web sites.

Echelon, a Moscow-based technology testing company, is one of several independent FSB-accredited testing centres that Western companies can hire to help obtain FSB approval for their products.

Echelon CEO Alexey Markov told Reuters his engineers review source code in special laboratories, controlled by the companies, where no software data can be altered or transferred.

Markov said Echelon is a private and independent company but does have a business relationship with Russia’s military and law enforcement authorities.

In an e-mail, Markov said that title is only intended to convey Echelon’s role as a certified outside tester of military technology testing. The medals were generic and insignificant, he said.

But for Symantec, the lab “didn’t meet our bar” for independence, said spokeswoman Kristen Batch.

“In the case of Russia, we decided the protection of our customer base through the deployment of uncompromised security products was more important than pursuing an increase in market share in Russia,” said Batch, who added the company did not believe Russia had tried to hack into its products.

In 2016, the company decided it would no longer use third parties, including Echelon, that have ties to a foreign state or get most of their revenue from government-mandated security testing.

“It poses a risk to the integrity of our products that we are not willing to accept,” she said.

Without the source code approval, Symantec can no longer get approval to sell some of its business-oriented security products in Russia. “As a result, we do minimal business there,” she said.

Markov declined to comment on Symantec’s decision, citing a non-disclosure agreement with the company.

Over the past year, HP has used Echelon to allow FSTEC to review source code, according to the agency’s records. A company spokesman declined to comment.

An IBM spokesman confirmed the company allows Russia to review its source code in secure, company-controlled facilities “where strict procedures are followed”.

FSTEC certification records showed the Information Security Centre, an independent testing company based outside Moscow, has reviewed IBM’s source code on behalf of the agency. The company was founded more than 20 years ago under the auspices of an institute within Russia’s Ministry of Defence, according to its Web site. The company did not respond to requests for comment.

In a statement, McAfee said the Russia code reviews were conducted at “certified testing labs” at company-owned premises in the US.

SAP allows Russia to review and test source code in a secure SAP facility in Germany, according to a person familiar with the process. In a company statement, SAP said the review process assures Russian customers “their SAP software investments are safe and secure”.

Cisco has recently allowed Russia to review source code, according to a person familiar with the matter.

A Cisco spokeswoman declined to comment on the company’s interactions with Russian authorities but said the firm does sometimes allow regulators to inspect small parts of its code in “trusted” independent labs and that the reviews do not compromise the security of its products.

Before allowing the reviews, Cisco scrutinises the code to ensure they are not exposing vulnerabilities that could be used to hack the products, she said.