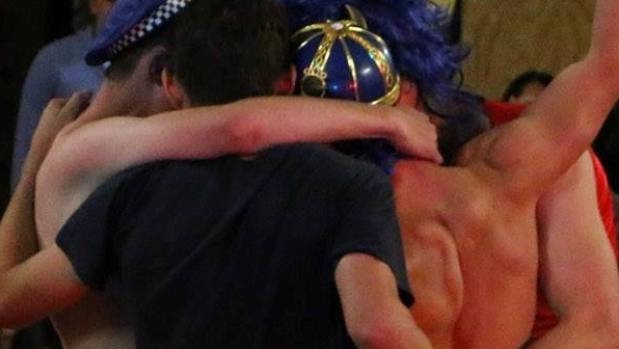 A skit night is a regular part of the camp.

Note this story contains a photograph with nudity.

Raunchy photos of intoxicated future legal eagles at an island camp have been taken down by a student law society with a reassurance that things have changed.

Photos of the camps from 2013 onwards had been displayed publicly for nearly four years on the Auckland University Law Students’ Society’s (AULSS) Facebook page and showed students drinking to excess and engaging in sexual acts.

One former law student who did not want to be named claimed video footage was also taken at the 2014 camp of a student having oral sex and the video was circulated around the student body.

Photos of previous camps were hastily removed by the Auckland student group after Otago University’s annual law camp came under criticism and was cancelled over sexism concerns. Similar allegations emerged on Tuesday about the annual Auckland law camp. 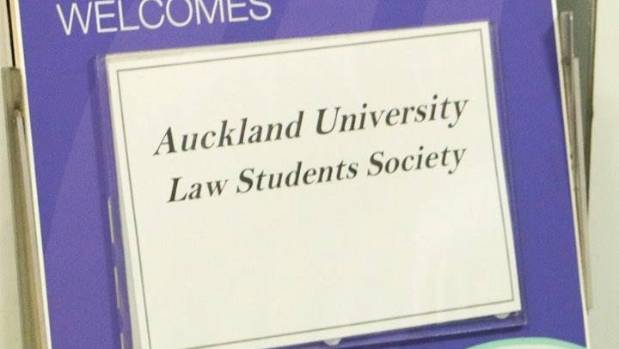 The camp is held every year at Motutapu Island.

ALSS President Ella Stolwerk refused to comment on the video allegations but said she had received “quite a few requests” to take the photos down.

“We acknowledge that ‘drinking games and seedy skits’ have taken place at Law Camp in previous years,” she said.

A former law student says she was shown footage of oral sex and believed it was part of a public performance at a 2014 law school camp that been shared amongst several students. 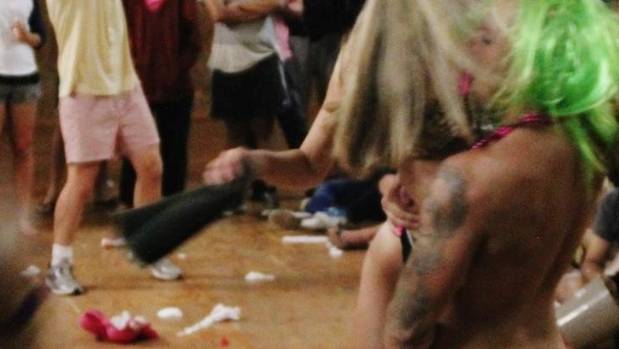 The Law Camp is held for students who have successfully made it through their first year of study.

“It was part of some sort of strip show.

“His pants were down and that was the placement of her mouth.

Many of the students at those camps were now entering the workforce, she said, and it was being discussed widely after allegations surrounding sexual harassment in law firms came to light.

“Mostly the boys are quite vocal about it being not an issue.”

Another former law student who refused to comment on any sexual acts that might have happened during a skit night at the 2014 law school camp said things had been “cleaned up” after that year’s camp.

Stolwerk said a number of safeguards were in place to protect junior students including a contract signed by the student supervisors who agreed not to get drunk or have sex with new students.

“Some of the measures are new, some have been in existence a while – I’m telling you about what’s happening under my watch as AULSS student president.”

Law II Camp is held annually on Mototapu Island for students who have been formally accepted into Auckland Law School after their first year of study. ​

Students arrive on Mototapu Island on Friday night and spend most of Saturday engaging in confidence course and team building exercises.

Teams are accompanied by two supervisors, senior students often both a man and a woman, and given a ration of alcohol including a wine bag, double browns, and vodka cruisers for the weekend one student said.

The final event of the night was one where all students were locked in a room and asked to perform skits.

Supervisors were sober and instructed to check students weren’t drinking more than their allocation, the lock-in was a safety measure to prevent students going outside to access more alcohol a student said.

Skits were described as sexual but comedic and nothing that wouldn’t be seen at a regular student house party according to one student.

Damage from Cyclone Cook last year meant this year’s students could no longer stay overnight at the island for the planned 2018 camp.

“During the day, we have planned a number of sober team bonding activities and in the evening a student party with a responsible level of drinking.

“At times in the past, some activities may have been more exuberant than some people are comfortable with,” Stolwerk said.

A spokeswoman for the University of Auckland said they had not received any complaint about the camps in 2013 and 2014.

She said while the University worked with AULSS to ensure the event was run safely it did not fund the camp or the drinks provided.

“We are confident that the AULSS is making increasingly good choices around this event.”