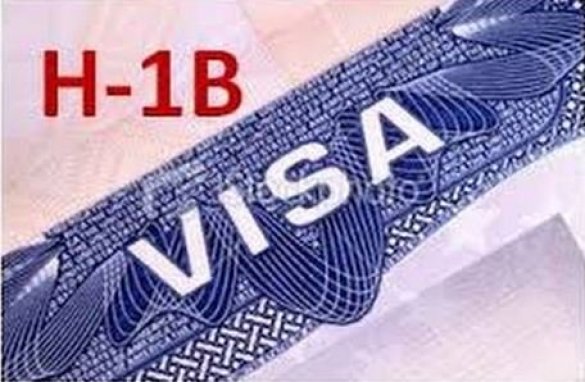 U.S. government created the H-1B visa program in 1990 so, that U.S.companies could hire foreigners with special skills. Approximately 85,000 H-1B visas are distributed annually. (1)

Majority of them go to technology companies, which claim that U.S has a shortage of skilled technology workers. (6)

Critics, however say that H-1B visa program has been hijacked by Indian staffing companies, which use these H-1B visas to import foreigners, especially from India.(7)

These Indians are willing to work for lesser wages than Americans. Numerous U.S companies have laid off their tech employees and replaced them with Indian H-1B visa holders. (7)

Four Indian-Americans were indicted in 2016 for plotting to commit H-1B visa fraud in U.S. They used 3 California based corporations to orchestrate the improper submission of more than 100 H-1B visa applications. (2)

These companies either didn’t exist or never intended to receive the foreign workers. (2)

Through their ownership, direction and control of the aforementioned companies, these four, which include a married couple generated a net profit of approximately $17 million from 2010-2014. (2)

Another Indian couple along with four other co-conspirators was indicted by a federal grand jury in Alexandria, Virginia last year. They also had set up a network of shell companies and filed H-1B visa applications for non-existent job vacancies. (3)

These conspirators submitted more than 800 H-1B visa petitions over a period of nearly 15 years generating an illegal income of nearly $ 20 million for themselves. (3)

All the above fraudsters belonged to either the Indian province of Andhra Pradesh or Telangana. A large number of Andhraites and Telanganites regularly set up shell companies and file H-1B visa applications for non-existent job vacancies. (10)

According to the US diplomatic cables accessed by the ‘Hindu’ newspaper via wiki leaks, after going through visa-applications received by consular offices in India during 2008 and 2009, the United States authorities found that fraudulent applications were very high.(4)

The majority of fake documents, fabricated educational and employment qualifications came from the city of Hyderabad, the capital city of now Telangana province and previously the capital of undivided Andhra Pradesh province in the Southern region of India. (4)

When 150 companies in Hyderabad were investigated 77 percent of them turned out to be fraudulent or highly suspect. (4)

There were also many fictious companies in cities like Bangalore and Pune run by Hyderabadis. The cables said, “Hyderabadis claimed that these shell companies were opened in Pune and Bangalore because everyone knows Hyderabad has fraud and Bangalore, Pune are reputable” (4)

It’s about a lawyer, Marijan Cvjeticanin. His law firm represents technology companies seeking IT job candidates. On the side Marijan also owns an advertising agency, which places employment advertisements for these IT companies. (5)

These IT companies therefore are posting jobs that don’t really exist, seeking candidates they don’t want and showing payments for bogus non-existing advertisements to prove there’s an IT labor shortage in U.S. (5)

Letters from an employer needing a foreign worker are valuable currency in the shadowy world of tech staffing firms known as ‘body shops’. (1)

Through Indian affiliates these job brokers advertise that they have expertise in obtaining visas for a price. To avoid detection the firms require workers to make payments to a subsidiary in India or to one of the company owners Indian relatives. (1)

Once these workers reach U.S, they may wait for the broker to find them work or they look for their own jobs. The body shops take a slice of the paychecks. This scheme requires proof of a waiting job, which comes in the form of a ‘client letter’. (1)

These letters are issued by a corporation that’s actually an empty shell, a real company selling letters to staffing firms or completely fake. (1)

Tech job-boards like Benchfolks.com are full of advertisements from Indian workers that they are already in the U.S on H-1B visas and available for new work at a moment’s notice. H-1B visa rules however, require that applicants should have a specific job lined up well ahead of time. (1)

“I am surprised at the scale and visibility” said Ron Hira, an associate public policy professor at Howard University and an expert on off-shore labor and skilled-workers immigration. (1)

Mr. Hira states that two India based IT firms Infosys and Tata Consultancy Services specialize in outsourcing and offshoring. They both are major publicly traded companies with a combined market value of about $115 Billion and are the top two H-1B employers in the United States.(6)

These firms use the H-1B programs to replace America workers and to facilitate the offshoring of American jobs. Mr. Hira through his research proved how these Indian IT companies fooled the U.S authorities. (6)

The vast majority of Infosys and Tata’s imported workers from India on H-1B workers visas just had a Bachelors degree. Indian IT firms like Infosys and Tata use H-1B workers as temporary, cheaper, disposable labor not as a way to permanently introduce talent and innovation into the American labor market as falsely claimed by them. (6)

These Indian IT firms will now start a new trick, wherein on paper they will claim to pay the freshly recruited Indian IT worker, the revised H-1B annual salary of approximately $ 130,000 (9) but in reality, they would get just the old wages. The new salary would be paid only on paper in the records of these Indian IT firms. (8)

The Indian IT workers would be required to pay the difference plus a premium in Indian currency to the company in India before getting their H-1B visas.

This way U.S authorities would never be able to prove any wrongdoing. Every single IT professional in India dreams of getting to U.S on an H-1B visa therefore, these firms would find enough takers for this potential future swindle. (8)

In view of the deception and cheating done by Indian IT firms for H-1B visas, Trump administration should strictly ensure that Indian IT companies hire fresh H-1B tech workers only from within U.S.A.

It will shatter the myth of Indian IT talent falsely propagated by Indian companies to bring cheap labor to U.S, thereby earning Billions of Dollars for themselves and rendering competent local Americans unemployed.