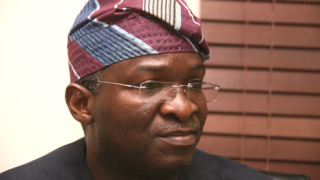 The Civil Society Network Against Corruption has urged the Independent Corrupt Practices and other related offences Commission to commence investigation on issues around the Bureau of Public Procurement’s query to the Minister of Works, Power and Housing, Babatunde Fashola, over the award of contracts worth N166 billion.
In a petition forwarded to the anti-graft commission and signed by CSNAC’s Chairman, Olanrewaju Suraju, the coalition said the crux of the query to Fashola was in respect of purported violation of the laws guiding contract awards in Nigeria, especially in the manner they selected contractors for the projects.
The petition also said issues were raised by the BPP as to why the costs of some of the projects were inflated and why some were awarded to unqualified firms.
The anti-graft coalition took its cue from a special report of an online newspaper, Premium Times, of January 25, 2017, where some issues surrounding the BPP’s query Fashola over the award of roads and bridges contracts worth over N166 billion were revealed.
The petition said the construction of the roads and bridges, spread across the country, were appropriated for in the ministry’s 2016 budget.
CsNAC said: “The projects are the rehabilitation of Numan-Jalingo Road awarded to Deux Projects Ltd for N11.7 billion; replacement of substandard bridges along Gusau-Sokoto Road awarded to Triacta Nig. Ltd (N1.01 billion); construction of Ojutu Bridge in Ilobu, Osun State awarded to Halicass Integrated Ltd (N522.2 million); the construction of Ohan-Moro Bridge on Ilorin-Igbeti Road awarded to Bonus Nig. Ltd (N942.6 million); and rehabilitation of Abuja-Kaduna Road awarded to CGC Nig. Ltd (N26.9 billion).
“Others are rehabilitation of Kaduna-Zaria Road in Katsina State awarded to Arab Contractors Nig. Ltd for N14.8 billon; rehabilitation of Zaria-Kano Road in Kaduna/Kano State awarded to Reynold Construction Nig. Ltd (N69.9 billion); and the construction of Burga-Dull-Mbatill-Tadnum-Gpbiya-Badagari-Gwaranga-Sum, Bauchi State awarded to Rahama Civil Works Nig. Ltd (N10.9 billion).
“The construction of Tudun Wuss-Wandi-Wandi-Baraza-Durr-Zumbul-Polchi-Dot-Kwanar Road, Bauchi State awarded to Dalum Construction Nig. at N12.2 billion and the construction of Pankshin-Tapshin-Gambar-Sara-Kai-Gindiri Road in Plateau State awarded to Metropolitan Construction Company Limited at N15.3 billion are also among the contracts slated for award by the ministry.”
CSNAC said it was revealed that in line with the requirement of the Public Procurement Act, 2007, Fashola’s ministry had, in a letter dated November 7, 2016, requested the Bureau to issue it Due Process Certificate of “No Objection” for the award of the 10 contracts and that the ministry had earlier in June advertised the projects in some national newspapers as well as the Federal Tenders Journal edition of Monday May 30- June 10, 2016.
It said: “On July 25, 2016, the pre-qualification documents were opened in the Conference Room of the ministry in the presence of representatives of prospective contractors, non-governmental organisations, the Nigeria Society of Engineers and some member of the public as well as officials of the ministry.
“In line with Part V, Clause 22, Section 4 of the Pubic Procurement Act (PPA) 2007, the Permanent Secretary/Chairman of the Ministerial Tenders Board constituted a Technical Evaluation Committee to evaluate the tenders received from prospective contractors.The contractors successful in the technical evaluation exercise were “provisionally prequalified”, with their documents forwarded to the Federal Inland Revenue Service (FIRS), and banks for verification, following which they were subsequently invited to submit completed financial tender documents.
“The ministry then carried out a verification exercise on some of the claims made by bidders in their technical bids. After the verification exercise, the ministry wrote to the BPP to request certificate of no objection for the recommended contractors.
“However, the BPP objected to the award of the contracts citing various violations of the PPA Act, insisting that it would not grant the ministry due process certificate until its concerns were adequately addressed.”
Some of the concerns raised are” “No evidence that feasibility and financial/economic studies were conducted during projects’ preparation.
“Failure to prepare or submit Environmental Impact Assessment (EIA) for the Due Process Review of the projects and failure to submit the technical bids for the companies that participated in the pre-qualification exercise, among others.”
The BPP complained that the above has made the bench-marking and value-for-money checks almost unfeasible and has opened avenues to subject the procurement processes to many frivolous petitions and counter-petitions that could likely delay the immediate commencement and execution of the projects.
CSNAC said it is in view of the unresolved concerns and the fact that failure to comply with specified laws and provisions of the Bureau of Public Procurements may likely be an undertone of some corrupt practices in the procurement process, “that we are requesting that you use your good offices to investigate the above especially against the backdrop of the allegations of inflation of project sums.
“The above investigation by your office is necessary in other to ensure that the current administration’s stance against corruption is not mere lip service and to guarantee that all and every individual or institution involved in corrupt practices to the detriment of the development and progress of our society are brought to book.”

Copyright The Eagle Online.
Permission to use quotations from this article is granted subject to appropriate credit being given to www.theeagleonline.com.ng as the source.