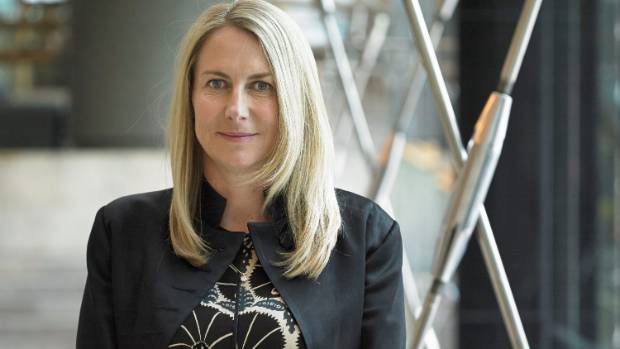 Russell McVeagh senior partner Pip Greenwood says the firm did not encourage a toxic culture, but admits it let down former staff.

Claims have emerged that sexual misconduct and inappropriate workplace behaviour extend to firms beyond Russell McVeagh’s Wellington office, as the company admits it let down its staff.

Reports emerged this week that interns in a clerk programme in Wellington during the 2015-16 summer reported inappropriate sexual behaviour, which the company has admitted it knew about.

A former Russell McVeagh employee, who wished to remain anonymous for fear of discrimination in future employment, is one of several people who has spoken out against rife sexual misconduct within the legal industry they called a “boys’ club”. Russell McVeagh’s Wellington firm has come under the public eye for reports of their summer interns in a clerk programme reporting inappropriate sexual behaviour.

The person said the firm was notorious for treating women “like meat” after the millenium, particularly in Auckland.

The former employee’s allegations included: sexual abuse of employees, sex and drug-taking within the workplace, openly ranking women’s looks, encouragement of heavy drinking and use of company money to attend strip shows – known as “going to showies”.

The firm has strongly denied the latter.

Russell McVeagh senior partner Pip Greenwood has denied allegations that the company ever encouraged a toxic culture among its employees.

In response, Greenwood said: “We’ve had social events and people have had happy times but I wouldn’t describe it as a culture in the way that you’ve described it, no.

“These circumstances that have occurred do not reflect who we are and I felt really strongly and personally, quite affected by the fact that I felt we really let these young women down.

“They trusted us with their first employment and we completely let them down.”

“I think we didn’t previously have a zero-tolerance policy because we didn’t think that we needed one.

“We didn’t think this represented our culture and our values and we were obviously wrong about that.”

When asked about allegations related to employees using company money to attend strip shows she said: “Oh my God, no. Not that I’m aware of.”

The former employee claimed to have witnessed the majority of the misconduct among senior partners aged in their 50s and 60s who encouraged the participation of inappropriate workplace behaviour among younger staff – particularly summer clerks.

Young women in the office were pressured to “chaperone” parties so clerks had a “good time”.

“A good time would mean going out and getting absolutely drunk, also it was a ritual to take them to Showgirls, an absolute ritual, and the White House [Adult Entertainment Centre].”

Do you know more? Email us: newstips@stuff.co.nz

The person said they were subject to the sexual harassment of a senior partner who groped and felt their bottom. The partner had since left the firm.

“Then we had a work Christmas Party and his groping and carrying on continued and I would try and squirm away.

“It was really uncomfortable and horrible. I think it’s happened to all sorts of staff as well, as I say: secretaries, support staff, admin staff, caterers, receptionists.”

During her time at the firm, she had worked with some great colleagues and had professional opportunities, but it was a “chauvinist and often demoralising” environment for both men and women to work in.

“I was far from alone in that experience.”

Dyhrberg, convenor of the Wellington Women Lawyers’ Association, claimed women had to work twice as hard to make half the progress of male colleagues.

Asked if she had witnessed or knew people involved in claims of sexual abuse, drug-taking, excessive drinking and attendance at strip shows in the profession, Dyhrberg said: “yes”.

While Russell McVeagh was bearing the brunt of the current media attention, she said the profession’s historic sexist and alcohol-fuelled culture was now open for discussion.

It was time for employers to stop “ducking for cover and start showing real honesty” about sexual harassment and safe working environments, she said. “This is really important.”

Dyhrberg said, when quite junior, she had been sexually harassed by a senior barrister who, when confronted, “subtly threatened my career”. She called him out on it.

“I’ve experienced it. I’ve seen it.

“We still hear about them and every woman lawyer I know has those stories. It’s certainly not just at Russell McVeagh.

“Our profession is unfortunately still littered with these experiences because of the power imbalance and sexism.”

An example from the 90s included the job competition between a man and woman Dyhrberg knew, for a graduate lawyer’s role at a provincial firm.

Dyhrberg said the woman was asked if she was on the pill and planned on children, while the man was offered the job and offered a celebration at a strip club.

“He turned them down because he thought it wasn’t a good culture.”

Dyhrberg acknowledged a generation of women in the law profession who had “spent their entire careers fighting this stuff, and standing up”.

“We are fed up to the back teeth.”

As a member of the New Zealand Law Society’s National Friends Panel, Dyhrberg got “some horrible calls”.

“[They] leave me in tears about sexual harassment and exploitation and the bad way in which law firms often deal with it”.

Greenwood said the company had taken steps to ensure staff felt supported and ensure “that we hope this never happens again”.

Greenwood said no complaint was lodged with police, but there had been an internal investigation made into the allegations at the time. However the firm had “reached out to police” at the time and about 12 months ago.

“As far as we are aware, no complaint has been lodged with the police. We have told the police that we will cooperate in any way that they need.”

Police confirmed an alleged sexual assault occurred in January 2016. No charges resulted at that time.

“We’re much more circumspect about the use of alcohol at staff functions,” Greenwood said.