In the first eight months of the year Vietnam attracted foreign investment worth more than US$23.36 billion, a year-on-year increase of 45.1 per cent. 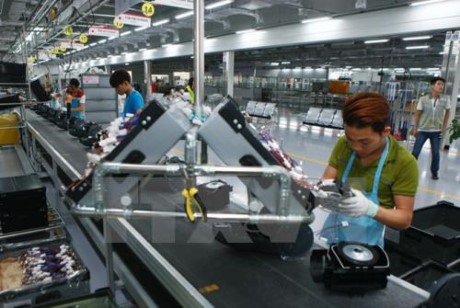 Though it was rightly hailed by all, the Ministry of Planning and Investment (MPI) in a recent report listed several shortcomings, one of which was the rapid increase in the number of projects with very little capital.

In fact, the number of projects with capital of below $1 million accounted for 65 per cent of all projects during this period.

The average size was $3.8 million, rather modest according to experts.

Experts have been warning for a long time that foreign-owned projects are getting smaller, but the issue has not been addressed so far.

For instance, last year the Mekong Delta province of An Giang attracted only one foreign project and it was worth all of $20,000.

Similar sized projects have been seen even in major cities like Hanoi, Da Nang and HCM City.

In Da Nang too, most FDI projects last year averaged around $1 million worth of capital.

Analysts said though the Government makes great efforts to attract investors, the number of those from countries like the US, Germany and France remains modest, with many big players still hesitant to invest in Vietnam.

This is because Vietnamhas yet to really meet three requirements: publicity for and transparency in fighting against corruption; preventing violations of intellectual property rights and the continuing problem of red tape though Vietnamhas made great progress in administrative reform.

One of the consequences is that many FDI projects have limited resources and use outdated technology and equipment that cause pollution.

Analysts said there are differences between the FDI regimes of Vietnam and other countries, explaining that Vietnam is very careful in granting licences but is lax in overseeing their business activities.

On the other hand, others make it easy for foreign investors to get licences but carefully monitor their activities subsequently.

After reviewing FDI inflows in the last few years, MPI experts realised the necessity to fix a minimum capital requirement for foreign investors wanting to come to the country.

Small projects, including foreign-invested ones, often face major challenges in their early days caused by their very size. They focus on assembling instead of production, their use of local content is low, their exports are mainly based on outsourcing, they are labour-intensive – as in the so-called, much derided sweat shops — and create little value addition.

They are of little help to the Vietnamese economic or business set-up because they unable to transfer technology to local companies, thus failing the Government’s policy of attracting FDI to help improve domestic technological capacity.

The ratio of FDI companies in the manufacturing and processing sectors has plummeted in recent years to 20-30 per cent from 70-80 per cent earlier.

Analysts stressed the need to attract FDI selectively to improve quality and allow only domestic companies in areas where they can do well.

On September 14 the National Commercial Joint Stock Bank (NCB) auctioned off a 2,100sq.m piece of land in Binh Duong Province’s Thuan An Town with a reserve price of VNĐ11.6 billion ($515,000). The land had been pledged as collateral for a loan.

Agribank plans to put up all the assets and land use rights mortgaged for the V-Ikon project for auction at a starting price of VNĐ319.5 billion on September 19. The V-Ikon project was planned as a grade A office building with 26 floors in HCM City’s Binh Thanh District and its construction halted several years ago after the developer ran out of funds.

Sacombank has said it is checking many assets put up as collateral and expects to auction them soon to recover debts.

Market observers said nearly one month after Resolution 42 came into effect, several banks have made active plans to recover their bad debts.

Some bankers revealed that their banks are wrapping up legal formalities to sue some companies who borrowed from them but failed to repay.

The Vietnam Asset Management Company (VAMC) was the pioneer, confiscating an asset mortgaged for non-repayment of a loan by the Sai Gon One Tower Joint Stock Company. The asset in question is the high-rise Sai Gon M&C building at 34 Ton Duc Thang, HCM City.

The total outstanding debts, including interest, came to more than VNĐ7 trillion ($307 million).

The VAMC repeatedly demanded that the borrowers repay, but they neither did so nor came up with feasible repayment plans.

It then demanded that Sai Gon One Tower Joint Stock Company hand over the building to discharge its debt, but again in vain. It was then that it took precipitate action, seizing the building.

But the process took place smoothly and in accordance with the law.

Analysts said several legal provisions in Resolution No 42 are designed to quickly and definitely settle bad debts, thus paving the way for the VAMC and lenders to recover their money.

One of the provisions in the resolution to have a significant bearing on banks’ debt recovery is Article 10, which states that debtors’collaterals to banks is not limited to residential construction projects, as there is no clear legal restriction on other types of real estate, such as hotels, resorts, even factories and power plants, to be used in place of pledged assets.

As such, this allows for more flexible use of collateral, preventing debtors from defaulting for lack of valuable assets.

Article 7 acknowledges credit institutions’ right to appropriate pledged assets from debtors unless an asset in question is held by courts as evidence of a criminal offence by a debtor.

This is an improvement on the 2015 Civil Code, which does not allow appropriation of pledged assets.

Article 8 has more transparent and simpler legal procedures for dealing with non-performing loans.

Besides, Resolution 42 now allows financial institutions capable of purchasing and selling bad debts to do so, instead of restricting these activities to Government entities.

Bad debts can be sold at below book value, meaning they are no longer toxic assets that have lost nearly all their value for banks.

Overall, this can lead to bad debts being traded more frequently on the mergers and acquisitions market (M&A) in at least the next five years.

Analysts said the new regulations have helped create a market for bad debts in which mortgaged properties can be traded.

A top Sacombank executive said his bank hopes to resolve around VNĐ20 trillion ($881.06 million) worth of bad debts, or a fifth of the total amount, by year end, thanks to the new resolution.

Right after the resolution took effect, Techcombank bought back the bad debts it had sold to the VAMC to settle them on its own. A spokesperson said with the new regulations the bank would be able to speed up bad debt settlement.

Analysts said the resolution would have a big impact on banks that have bad debts in their balance sheet or with the VAMC.