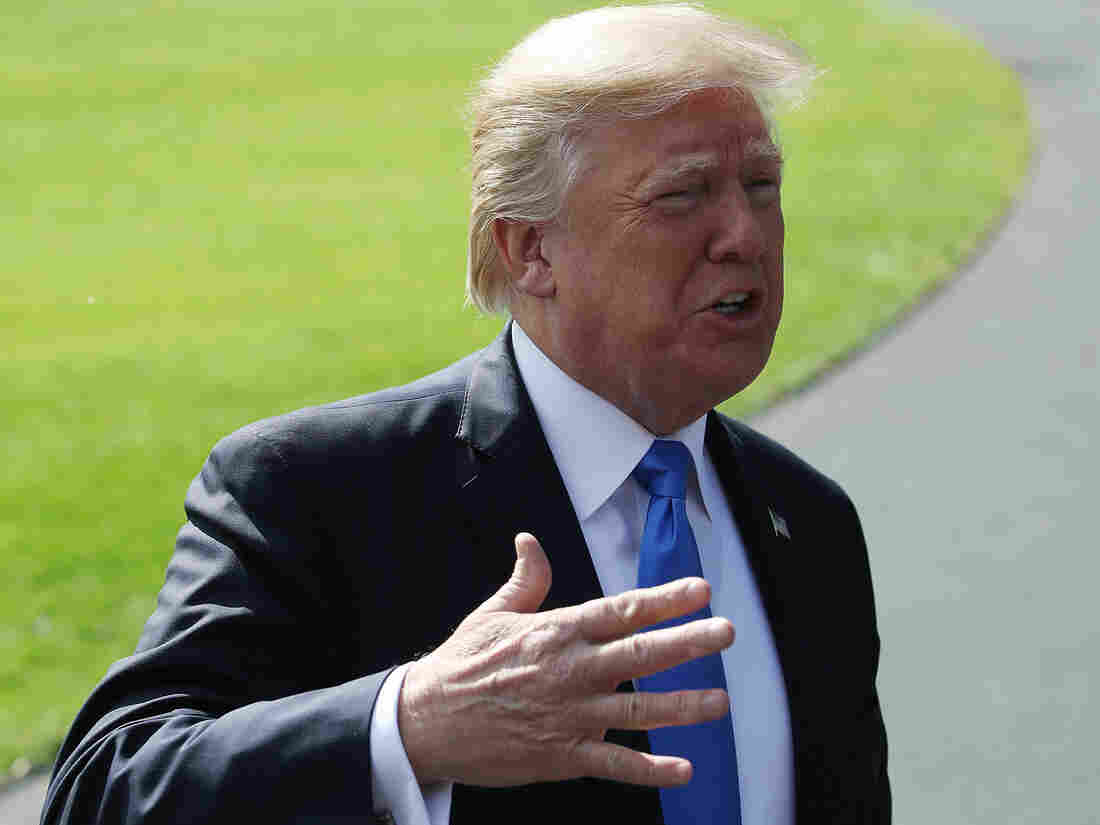 President Trump, shown speaking to reporters at the White House, has called the Foreign Corrupt Practices Act a “ridiculous” law.

President Trump has called it “ridiculous,” a “horrible law” that made it difficult for U.S. companies to compete overseas.

But the Foreign Corrupt Practices Act, which bars businesses from paying bribes to overseas officials, remains a key part of U.S. efforts to combat global corruption.

Now one study is showing the Trump administration’s use of the law may be declining, even as administration officials say they’re committed to enforcing it.

The law was passed in 1977. Some 400 U.S. companies, including big names like Lockheed and Chiquita, had acknowledged they had paid off foreign officials to win business.

“Many companies were making routine bribes to the heads of governments and others in countries, just to simply buy the business,” said Meredith McGehee, chief of policy, programs and strategy at Issue One, a nonprofit organization that looks at money in politics.

The Foreign Corrupt Practices Act applies to any company with a U.S. connection, including foreign firms traded on U.S. exchanges. Companies that have been prosecuted over the years include Siemens, Goodyear, Daimler AG, Alcoa and Halliburton.

“Essentially, [the law] makes it illegal for companies and officers of those companies, to influence foreign officials with anything of value, any bribes,” McGehee said.

“And ‘bribes’ is defined very broadly; there’s not a need for a quid pro quo. It’s essentially anything of value that you are giving to influence a foreign official to promote your business, or to promote getting a contract or any other benefit for your company,” she added.

When the law was first passed, the United States was something of an outlier because many other governments did little to stop bribery. Over time, however, attitudes changed. Today, governments around the world are much more likely to cooperate in pursuing wrongdoers.

Still, the 1977 law has its critics, like Trump, who say companies can’t compete when barred from paying bribes in places where doing so is routine.

“Now, every other country goes into these places, and they do what they have to do. It’s a horrible law and it should be changed. I mean, we’re like the policeman for the world. It’s ridiculous,” Trump said in a 2012 interview on CNBC.

Such comments have raised questions about the Trump administration’s interest in enforcing the law.

The New York Law Journal recently published an article saying Foreign Corrupt Practices Act enforcement proceedings have declined since Trump took office. The authors, Steven Witzel and Arthur Kutoroff, counted the number of new proceedings brought this year by the Securities and Exchange Commission and the Justice Department, and compared them to similar periods under the Barack Obama and George W. Bush administrations.

“In general terms, there’s been a dramatic drop-off from the average over the previous 10 years, to what we’re seeing in the Trump administration,” says Witzel, head of the white collar defense and government investigations practice at Fried, Frank, Harris, Shriver & Jacobson.

But Witzel concedes the drop may have happened for good reasons, such as “administrative issues” tied to the transition between the Obama and Trump administrations.

Southern Illinois University Law School professor Mike Koehler, who writes the FCPA Professor blog, says comparing enforcement records among different administrations is difficult, in part because the data sets are small, with relatively few cases being pursued in any given year.

Koehler also notes the number of proceedings tends to accelerate toward the end of the year. “I fully expect the fourth quarter to be an active quarter,” he says. 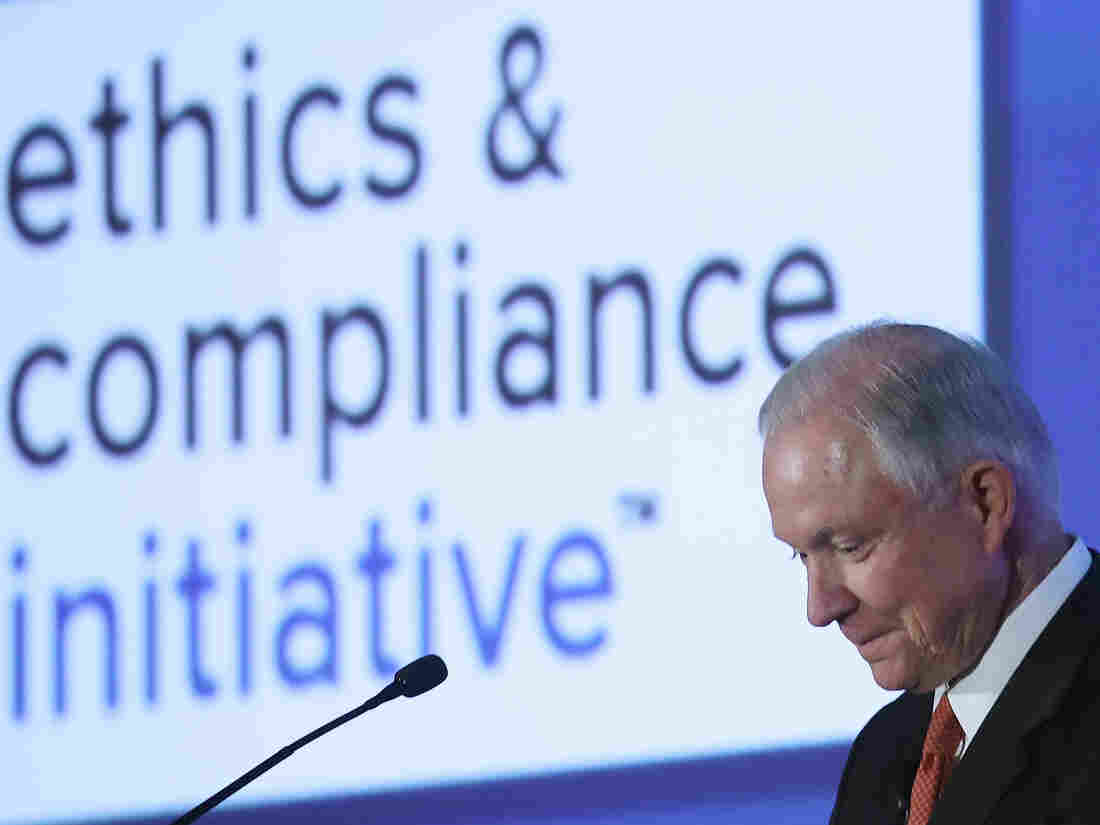 U.S. Attorney General Jeff Sessions speaks about the anti-bribery law at the 2017 Ethics and Compliance Initiative conference in Washington, D.C., in April.

“We will continue to strongly enforce the FCPA and other anti-corruption laws,” he said. But Sessions also voiced a concern expressed by many business leaders and politicians over the years: “You just simply can’t have a situation in which your competitors pay bribes and you don’t.”

Witzel says the administration’s enforcement practices should be watched closely.

“If there’s a continued sharp decline in FCPA enforcement proceedings, that has the potential to undermine the credibility of the United States’ commitment to combating international corruption,” he says.