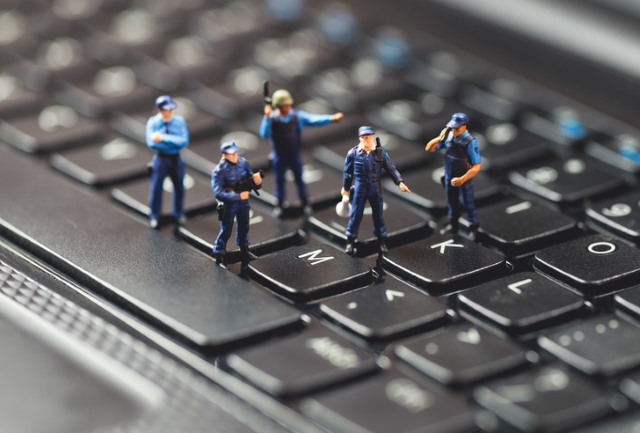 A pilot scheme from the City of London police means that private law firms will be able to profit from the pursuit of suspected cyber criminals. Rather than handling cases of online crime themselves, police will instead pass details on to private agents.

These firms will then able to use civil — rather than criminal — courts to seize the profits of cybercrime. It is thought that police forces are spending too much time and money fighting online crime, and that private agencies might be better equipped to deal with the problem.

Marking a huge change in policy, the experiment will give private law firms the opportunity to use their own time and resources to seize — and profit from — the assets of cyber criminals. It’s hoped that the process would be much quicker than current methods, making it possible to return money and goods to victims faster than before.

But there are concerns that with the motive of profit, the new policy might not be entirely fair and that there is a risk of innocent people being pursued. As noted by the Guardian there is a much lower burden of proof on prosecutors in civil courts, while in criminal courts it is necessary to prove guilt ‘beyond reasonable doubt’.

We’ve seen privatization in this context in other ways, for example prison privatization. We all know how badly that’s gone wrong, particularly for young offenders. I appreciate they are not talking about convictions or detentions, but having possibly life savings, large assets stripped from you is a life-changing event. Whereas for the companies that the role was subcontracted to, it would just be a job.